Last March 6th, the Monegasque manufacturer which is blazing a trail in the field of electromobility, has once more pushed the electric car to its limits.

This unique expedition, known as ‘Back to Telegraph Creek’, was given a boost by the participation of H.S.H. Prince Albert II of Monaco as one of the three drivers for the day.

Back to Telegraph Creek: mission accomplished! 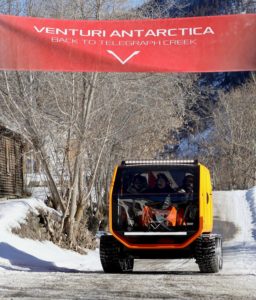 Venturi’s research and development department set up camp in Canada’s British Columbia at the end of February. The Monegasque experts’ aim was to put the Antarctica through a final phase of tests under extreme climatic conditions before its big departure for the South Pole.

The tests provided the team with the opportunity to take on a challenge known as ‘Back to Telegraph Creek’. At 10 am local time on 6 March, three exceptional drivers took their seats on board the Antarctica: Prince Albert II of Monaco, Canadian astronaut Chris Hadfueld, and Venturi North America President Xavier Chevrin. The three took turns at the helm of the vehicle as they travelled from Dease Lake to Telegraph Creek, successfully completing the final phase of the test programme. At 11.54 am local time, after covering 42 kilometres of difficult terrain in a brutal, hostile natural environment, Antarctica crossed the finish line with the Monegasque Sovereign at the controls. The Prince was presented with the flag of the Explorers Club, a prestigious association which has been promoting scientific exploration since 1904. The Club acted as a partner for the endeavour, and had sent its President Richard Wiese specially to assess the vehicle’s technical merit. 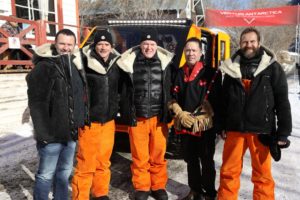 Telegraph Creek Road, considered to be one of the world’s most dangerous roads, was the location of a failed car rally in the early twentieth century. In 1934, the Bedaux expedition attempted to cross the north-west of Canada from a starting point in Edmonton. But the attempt was to end in vain, due to the nature of the terrain and the tough climatic conditions. As a tribute to this uncompleted expedition, Venturi revisited the epic journey in a zero-emissions vehicle.

The setting for this expedition was equally unique, with the Tahltan Indian Reserve serving as a backdrop. The Tahltan community, which has lived in the region for more than 10,000 years, offered an extremely warm welcome to the entire team on their arrival at Telegraph Creek. The mission’s success was celebrated with ancestral ritual dances and a banquet featuring moose and salmon.

This Canadian adventure – part of the Venturi Global Challenges series* – provided an opportunity for the vehicle to tackle terrain similar to that found in Antarctica. It operated perfectly below -30 °C and even still had nearly half of its original range left on arrival: an exceptional performance for an electric vehicle in these conditions.

Progressive temperature tests had previously been carried out: initially in Auron, in the Alpes-Maritimes department of France, where Antarctica completed its first journeys, then in a climate chamber in Italy. Following this final phase in Canada, the test programme has now been fully validated and Venturi’s latest creation is ready to tackle the -50 °C summer temperatures found in Antarctica.

* The Venturi Global Challenges are missions organised by Venturi to test the company’s electric vehicles in the most extreme conditions and most challenging terrains on the planet. The recurring theme of these missions is the most daring adventures by car of the last century. During these challenges, Venturi has set several records and achieved a number of world firsts, consolidating its status as a pioneer and leader in the field of high-performance electric vehicles.

Antarctica’s ultimate goal is rapidly approaching. In the next few months, the vehicle will be sent to a scientific research station at the South Pole: a world first which marks the culmination of a project 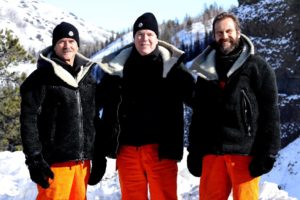 entrusted to Venturi President Gildo Pastor by Prince Albert II of Monaco, through the Foundation which bears the Sovereign’s name.** Thanks to the Antarctica, the scientists working at the South Pole will now have a zero-emissions means of transport allowing them to carry equipment to study sites with no impact on the environment. A source of great pride for the Monegasque company as it prepares to celebrate its twentieth anniversary (in 2020) as a manufacturer of electric cars.

** Established in 2006, the Prince Albert II Foundation works to protect the environment and promote sustainable development at the global level. The Foundation supports initiatives by public and private organisations in the fields of research, technological innovation and practices which take account of social challenges.

The reason I’m here in Canada is a simple one: I personally believed in Gildo Pastor’s project, and so I was very keen to follow the vehicle through its various stages of development and to try it for myself.

I found the Antarctica an absolute pleasure to drive: it responded very sensitively to changes in power or direction, and the traction was really good. We are on the right path in terms of developing the vehicle for its future uses.

The Antarctica represents hope for the future, not only for scientific purposes in Antarctica, but also perhaps for other uses elsewhere in the world. I hope that we will come to see this as a ‘benchmark project’, which will serve as proof that clean vehicles are the right response to the need to reduce our greenhouse gas emissions in both urban and natural settings, or under extreme temperature conditions – said H.S.H. Prince Albert II of Monaco.

’Back to Telegraph Creek’ was a great adventure. We showed passion and determination to achieve our goal. By travelling 42 kilometres at temperatures below -30 °C, we set a record for an electric vehicle, and I’m proud of the team which worked hard to develop the Antarctica. Huge thanks are also due to the fantastic team which led this mission, they were all invaluable assets. Together, we proved that the capabilities of the electric vehicle enable it to meet a number of needs, and we have not yet discovered its limits. So we chose to push them further and further. VENTURI’s Antarctica is a vehicle designed for the Antarctic. In Canada, we experienced temperatures as low as -37 °C, and the vehicle had no problems. I think that Antarctica has yet more great surprises in store.

I’m proud to have been part of the team for this shared endeavour, and to have participated in the Antarctica project, which is developing an absolutely exceptional technology: we’re talking here about the latest information and equipment technologies. The aim is to improve the quality of the environment in unique areas of the globe like Antarctica. We have tested these technologies under equally exceptional conditions. This is a great source of pride for me, but also a privilege and a challenge. I am very grateful to Gildo Pastor for putting his faith in me.

I have had many experiences in different and difficult locations… I’m a fighter pilot and I’ve travelled to space as an engineer and explorer. I’ve seen the Earth from spacecraft more than 2,000 times and this has given me an interesting overall perspective on this project in particular. I must say that I was not disappointed: what we achieved in Canada with the Antarctica, no other electric vehicle has ever done before us.

The tests carried out by the VENTURI Automobiles teams here in Canada have shown the reliability and resistance of the Antarctica when exposed to very low temperatures. This latest step forward represents an important stage in terms of improving research on the ground under extreme conditions using a zero-emissions vehicle. The Prince Albert II of Monaco Foundation is delighted to be supporting this remarkable initiative. We will be following its deployment to Antarctica and use by scientists with great interest. 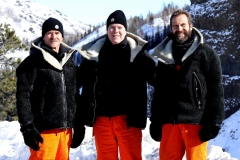 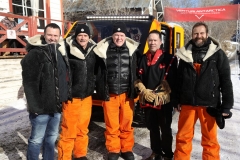 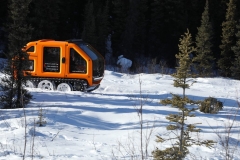 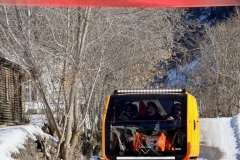