For the second consecutive season, the Swiss-Italian driver Edoardo Mortara will take his place in Formula E team Venturi, this time alongside Brazil’s Felipe Massa.

Edoardo Mortara has been confirmed again representing Venturi Formula E Team in season 5 of the ABB FIA Formula E Championship, which begins in Ad Diriyah on the outskirts of Riyadh, Saudi Arabia on 15 December 2018. 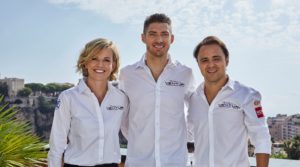 Perseverance is one of the values etched into the DNA of Venturi, with its 18 years expertise in the field of electric vehicles. After pulling off a coup in May with the signing of former F1 driver, Felipe Massa, followed swiftly by the announcement of Susie Wolff as Team Principal a month later, the team has added to its competitive line-up with the announcement that Edoardo Mortara will extend his stay with Venturi Formula E Team.

The move to retain the services of the Swiss-Italian driver is part of a clear policy, as Venturi continues to forge ahead with the development strategy launched in late 2017 by its President, Gildo Pastor. The decision reflects a strategic choice by VenturiI Formula E Team, in line with its approach of ensuring a well-balanced blend of complementary talents within the team. 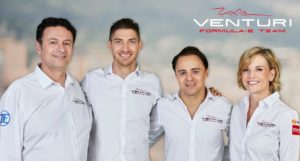 Edoardo Mortara put himself in the spotlight with his performances in Hong Kong, on the opening weekend of season 4 of the ABB FIA Formula E Championship. Making his debut in Formula E, the rookie started in style with a second place finish in the second race, having led for much of proceedings.

His 8th place finish in Mexico – where he produced a stunning comeback drive after starting back in 18th – was another highlight of his season.

Edoardo Mortara’s pedigree includes six wins at the very quick, very demanding street circuit in Macao, four in the GT Cup (including the title of winner of the FIA GT World Cup in 2017) – identifying him as a street race specialist. Along with the title of European Champion of the 2010 Formula 3 Euroseries.

In 2016, Edoardo Mortara was also vice-champion of the highly respected German DTM championship, where he currently lies in fourth place.

I’m very happy to represent Venturi Formula E Team again in the ABB FIA Formula E Championship, the exponential growth and appeal of this revolutionary competition demonstrates that Formula E really is the future of motorsport. As part of the team last season, I felt a strong will to succeed and I enjoyed the innate potential within VenturiI. Moreover on a personal level, I received phenomenal support from the team, you can’t underestimate the importance of this for a driver, alongside huge support and goodwill from our fans which I’m very grateful for. I’m also very proud to compete alongside Felipe Massa, one of the most experienced and fastest drivers in the world.

The decision to extend our journey with Edoardo came after careful consideration. We are convinced that he and Felipe Massa will form a solid pairing at the wheel of these new Gen2 cars. We know Edoardo had other options so we are pleased that he has committed to Venturi and to focussing on Formula E. His experience will be a valuable asset to our team as we move forward.

Edoardo has worked his way up and made his mark on every championship he has competed in. He impressed me in Formula E season 4 with his readiness to do whatever it took to improve. I have every confidence in his ability to achieve more podium finishes in Formula E. It’s a great pleasure to have him with us again this season, he’s one of the most skilled drivers of his generation. 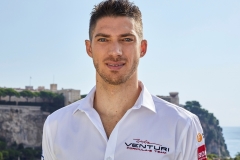 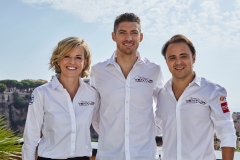 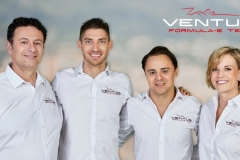