Hybrid race cars with same technical regulations can compete in IMSA and WEC endurance race series and Williams Advanced Engineering will be the battery supplier. 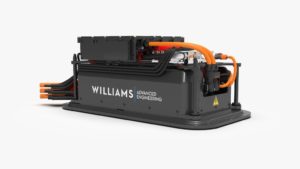 Williams Advanced Engineering (WAE) has been awarded battery contract for LMDh regulations, and they will work alongside two other partners, Bosch and Xtrac who will be providing the motor, inverter and gearbox technology respectively. WAE will be responsible for the battery, DC-DC converter and the company’s bespoke Battery Management System.

Williams Advanced Engineering has its roots in hybridisation and endurance racing. The company was formed around the team that created the Jaguar C-X75 hybrid supercar. It provided the flywheel energy store to the Audi LMP1 car and aerodynamic testing to the all-conquering Porsche. In addition, WAE also supplied the complete KERS hybrid system to the Marussia Formula 1 team.