The French driver, known by fans and friends as ‘JEV’, became a firm supporter of the sanctuary and its conservation work after visiting the Kent based charity earlier this year.  As part of the partnership between DS Techeetah and The Big Cat Sanctuary, JEV met Bajrami, the cheetah that both his DS E-Tense FE19 and DS E-Tense FE20 are named after. He also had the special opportunity to hand feed Willow, the cheetah cub who is the team’s mascot.

These interactions spurred JEV on to become more involved in the charity’s work in helping to raise awareness of the plight of the cheetah in Africa. 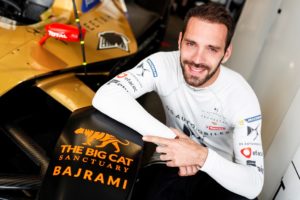 I am immensely passionate about the conservation of the cheetah and having seen the hard work undertaken by the Big Cat Sanctuary, I am proud to offer my support as an Ambassador of the Charity. The world’s fastest land mammal is racing towards extinction with only 7,100 estimated to be left in the wild – action needs to be taken before their numbers decline any further.  Being based in London, I am ideally located close to the sanctuary in Kent and look forward to promoting their work at home, as well as their cheetah conservation projects overseas – said Jean-Éric Vergne.

We are immensely proud and honoured that JEV has become an Ambassador for the Big Cat Sanctuary. The double Formula E Champion, who drives for the Formula E Team Champions and Big Cat Sanctuary partners, DS TECHEETAH, will be a great asset to the Charity. In his role as Ambassador, JEV brings his passion, drive and winning mentality to the world of Big Cat Conservation – said Spencer Phillips, Chairman of The Big Cat Sanctuary’s Fundraising Board.

The announcement comes on the back of International Cheetah day, a day that highlights the challenges facing cheetahs in the wild and how we can fight to protect and save them. Both JEV and The Big Cat Sanctuary are pledging to support the work of the Cheetah Conservation Fund (CCF) in Somaliland by raising funds and awareness through a project that will also support the Welfare, Breeding and Education work at the sanctuary.

Cheetahs are now the most endangered cat in Africa facing constants threats from conflict with local people, the illegal wildlife trade, legal sport hunting, and loss of prey. As JEV said, the world’s fastest land animal is racing against extinction and JEV is the perfect Ambassador to help us all win that race! – said James Hanaway, The Big Cat Sanctuary’s Head of Partnerships. 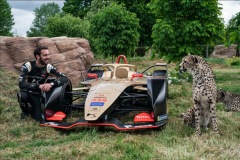 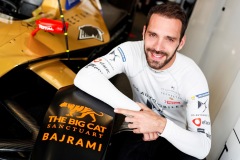 René Rast completed his first laps in the Audi electric race car during testing at the Lausitzring, alongside his teammate, Lucas di Grassi. […]