The new CarGurus research demonstrate that used electric cars have appreciated in value during the year 2019, while petrol and diesel equivalents have depreciated.

Every day, CarGurus – the UK’s fastest-growing automotive shopping site – analyses millions of data points on hundreds of thousands of UK used car listings to calculate each car’s Instant Market Value (IMV) or fair retail price. Using this data, CarGurus examined prices for the four most searched-for EVs on CarGurus.co.uk — the BMW i3, Nissan Leaf, Renault Zoe and Tesla Model S — since the start of 2017. The 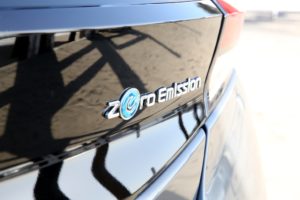 results showed that prices either rose or remained level for months at a time, and in all cases far outperformed the most searched-for petrol and diesel equivalents listed on CarGurus.co.uk over the same period.

The Renault Zoe electric supermini performed particularly well. CarGurus figures show that between January 2017 and November 2019 the average asking price for a used 2015 model year Renault Zoe increased by 18%, from £6,425 to £7,612. By comparison, the average price for the most popular petrol and diesel supermini of the same age on CarGurus.co.uk, the Ford Fiesta, decreased by 22% over the same period, from £9,165 to £7,160.

Another strong performer was the BMW i3, with prices of 2014 examples on the used market increasing by 1% since the start of the year. By comparison, values of petrol or diesel-engined MINI hatchbacks, the most searched-for premium small car on CarGurus, fell by 14% over the same period.

The Nissan Leaf is the best-selling pure EV in the UK, yet despite a good supply of used car stock its values remain consistently high. Earlier models perform even better than later versions, with the average price for a 2015 Nissan Leaf in November 2019 just 9% lower than in January 2017, at £10,438. By comparison, the average 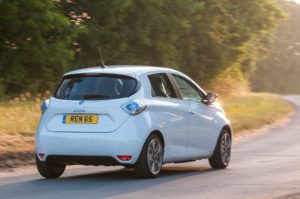 price for 2015 examples of the most searched for petrol or diesel family car on CarGurus, the Volkswagen Golf, dropped by 17% over the same period.

The fact that values of the cheapest EV models CarGurus studied have either remained stable or risen slightly during 2019 suggests that demand for used electric cars is increasing. This is backed up by a significant increase in demand for new electric cars during 2019, with figures from the Society of Motor Manufacturers and Traders (SMMT) showing that, year to date, sales of new electric cars have increased by 125% compared with 2018.

Following the positive response to the exclusive customization range for the Tesla Model X, Novitec now decided “to dress” also the Tesla Model S. Most importante features of the new tuning from Novitec are the […]