Saturday’s E-Pole winner Mike Di Meglio kept up the momentum by taking his first MotoE win in Red Bull Ring and now is the leader in the standings. 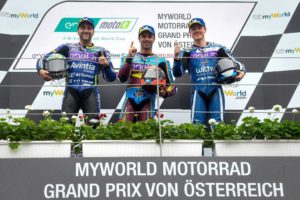 The second race in the history of the FIM Enel MotoE World Cup was an outstanding show, with the Energica Ego Corsa machines showing all their power grip on the strip of asphalt of the Red Bull Ring, which was made wet by overnight and early morning rain showers.

Di Meglio had a great start from pole position but was soon overtaken by Simeon, who then gave the lead back to the Frenchman after a small mistake. The race saw the first drama unfolding on lap one, when race one winner Niki Tuuli (Ajo MotoE) went wide and onto the gravel, a mistake that relegated him at the back of the field and cost him the championship lead.

The man on the move in the early part of the encounter was Eric Granado (Avintia Esponsorama), who had the better of his teammate Simeon and then took control of the race at the exit of turn three by powering his Energica Ego Corsa past Di Meglio on the second lap. Meanwhile, Alex De Angelis (OCTO Pramac MotoE) went a little wide at the next corner and lost two positions to Matteo Ferrari (Team Trentino Gresini MotoE) and Hector Garzo (Tech 3 E-Racing). 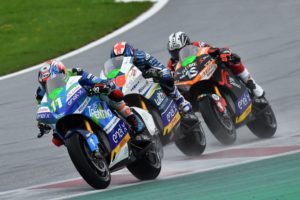 While trying to pull away from the chasing pack, race-simulation winner Granado lost the front under braking at turn three, a massive blow for the young Brazilian rider which put Di Meglio back in the lead with a good margin over the following duo. But the fastest-ever MotoE rider around the Red Bull Ring, Garzo, had no intention of letting the Marc VDS rider pull away. After a spectacular pass around the outside of Simeon, Eric began a relentless chase for the win aboard Tech 3’s Ego Corsa.

Unfortunately for him, dreams of gold were shattered on the last lap when, after setting the fastest lap of the race, he crashed out of contention. With no other rivals close, Di Meglio crossed the line a lonely winner ahead of Simeon and Smith, in what was a repeat of yesterday’s E- 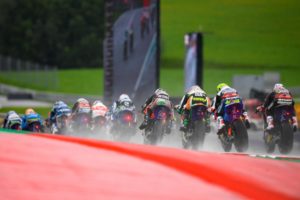 Pole top-3. After a brace of difficult opening laps, the Briton picked up the pace and made his way back to the podium after an intense battle with MotoGP legend Sete Gibernau (Join Contract Pons 40), who was sixth at the end of the race behind De Angelis and Ferrari.

The FIM Enel MotoE World Cup will resume action in a month’s time at the Misano World Circuit, with two races scheduled over the weekend and therefore 50 points up for grabs. 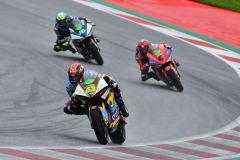 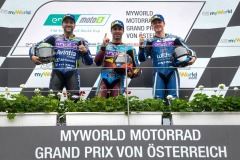 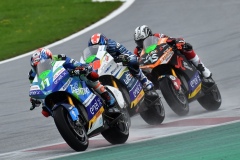 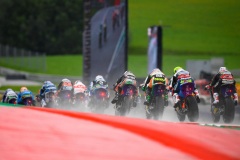 At the end of the opening two free practice sessions of FIM Enel MotoE World Cup in Misano, Granado and Ferrari were fastest, with Aegerterter not far behind. […]