BYD delivery ten eBuses to public transport operator, Tüke Busz Zrt, in the southern Hungarian city of Pécs to start of the first ever electric bus operation in the city. 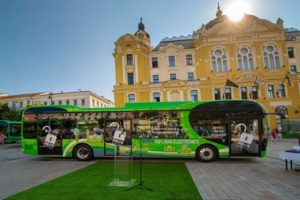 The vehicles were manufactured at BYD’s production facility in Komárom, also in Hungary. 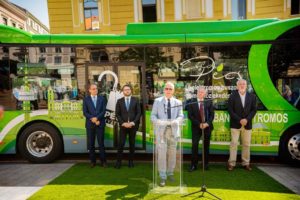 The new BYD fleet was officially presented to Tüke Busz Zrt in the main city square in Pécs, with formalities overseen by key stakeholders including the Deputy Minister of the Ministry for Innovation and Technology, Tamás Schanda; the Mayor of Pécs, Attila Péterffy; the former Mayor, Zsolt Páva; CEO of Tüke Busz Zrt, Gyula Gelencsér; and Laszlo Krenner, CEE Sales Representative at BYD.

Tüke Busz Zrt’s new eBus fleet consists of BYD’s best-selling 12-metre low-floor model, and will replace the city’s ageing diesel-powered buses. The 12-metre model delivers a range of 300km on a single charge and, across the new BYD fleet, will cover 900,000km per year– 10% of the Tüke Busz Zrt’s annual distance. Charging infrastructure for the company’s new fleet has also been designed and installed by BYD. 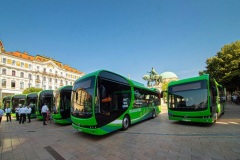 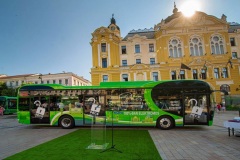 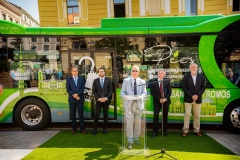 The transit company Metbus from Santiago added 150 new BYD electric buses as part of the push for electrification in the Chilean public transport system. […]