NIO UK has appointed Kevin Hall as Head of Partnership Sales for its Formula E racing team. Hall will be responsible for the development of the newly restructured Partnership Development division of the Oxfordshire based racing outfit as it continues to build its Marketing and Commercial departments. 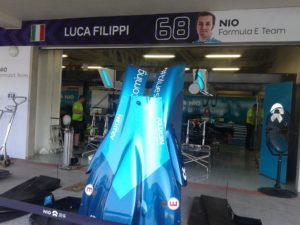 Associations) where he was responsible for the sponsorship of the governing body’s National team competitions, including UEFA EURO 2020.

I am very excited to be joining the NIO Formula E Team. NIO is leading the way in smart, electric and autonomous vehicles and its Formula E team is a perfect vehicle to showcase this technology. The all-electric racing series is a fast-growing platform and presents a huge opportunity for brands in an ever more sustainable and digital future.

It is with great pleasure that we welcome Kevin to the NIO family. As the Performance Programme continues to mature and grow, his experience will provide the spearhead for our re-structured Partnership Development department of the NIO Formula E Team. We look forward to celebrating many successes together in the near future.