NIO is launching its European business in the Norwegian market, marking the first step in NIO’s European journey.

From the beginning, we have been a company with a global focus. We have been operating our design centre in Munich since 2015, we have a performance team in Oxford, and we have our software team in San José in Silicon Valley. We now employ more than 9000 people from 45 countries. We were the first to enter the market in China. Now it’s about introducing our brand and our products in Europe – says NIO CEO and founder William Li.

ES8 and ET7: SUV makes the start, saloon to follow

The NIO ES8, the flagship smart electric SUV with an electric range of around 500 kilometres (WLTP), is the first model NIO is offering in Europe. NIO’s all-electric smart sedan ET7 will follow in2022. Pre-orders for the ES8 will be available from July 2021. The first vehicles are expected to be delivered from September 2021. 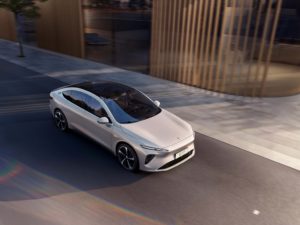 NIO intends to establish its entire product and service portfolio in Europe – including the innovative NIO Power Swap technology, which enables vehicle batteries to be automatically replaced within three minutes.

The first four stations are scheduled to go into operation before the end of 2021. More swap stations will be added in 2022, creating initially a power network in five cities in Norway.

In addition, NIO will also build its own Supercharger network in Norway. With NIO Power Home, a charging solution developed for the home will be added to the offering. giving NIO users in Norway a unique charging experience.

As a premium brand, NIO offers special services, including NIO’s own mobile service vehicles, which are on call to carry out simple repair and maintenance work on site. NIO also offers its users a pick-up-and-delivery service for the vehicles, which relieves the user of trips to the service centre.

Within Norway, the premium services are based on the establishment of a full-fledged NIO service and delivery centre in Oslo. In addition, NIO will establish a service network in four other cities (Bergen, Stavanger, Trondheim and Kristiansand) in 2021. In 2022, the offer will be established nationwide through a cooperation network with additional authorised partners.

NIO House: The meeting place for the user community

In March we founded a Norwegian subsidiary, our core team is in place. We will address our users directly via the internet – explains Hui Zhang, Vice President NIO Europe.

As a user enterprise, sales rely on the O2O (offline to online) principle: sales are made online via the NIO app, and digital channels such as the website nio.com. For offline distribution, NIO relies on its own network of lifestyle locations. In order to be able to offer this experience to users in Norway, NIO will open a 2000 square metre NIO House in the centre of Oslo in the summer. It will be a special meeting place for NIO users and fans of the brand, ith different experience spaces (including gastronomy, children’s playground, conference rooms). In 2022, four more exclusive NIO Spaces will be added in Bergen, Stavanger, Trondheim and Kristansand. With this concept (O2O), NIO sees itself as a pioneer in the global transformation of vehicle sales. 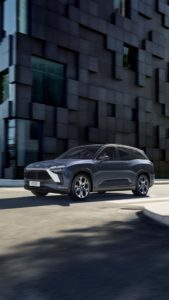 As a user enterprise, NIO is about more than just an electric car. To make the interaction between user and brand as pleasant and easy as possible, NIO has developed its own app. The NIO app will also be available in Europe.

In addition to the app, there will be further opportunities for interaction: in Norway, there will be a “User Advisory Board”, which will enable users to actively contribute ideas to the future development of the entire NIO brand in Europe.

NIO will also introduce the Blue Point Plan to encourage users to reduce emissions. This will make NIO the first automotive company in the world to help users certify carbon emission reductions and trade carbon credits.

Additionally, NIO Life, NIO’s own lifestyle brand, announces its partnership with local artists ANETTE MOI and SANDRA BLIKAAS to develop Norwegian-themed products that will be sold in both Norway and China.

A new chapter in electric mobility is beginning in Norway. Just as the smartphone has replaced the mobile phone, smart EVs will now redefine the customer experience. Owning an NIO vehicle means gaining access to exciting opportunities and communities that will enrich users’ lives beyond a premium electric vehicle. That is why we aim to build a community around NIO in Norway – explains Marius Hayler, Managing Director of NIO Norway AS.

In Europe, Norway is at the forefront of e-mobility and sustainable growth. When combined with the country’s strong sense of community and high purchasing power, it is an extremely attractive market for NIO in Europe. There Is no doubt that Norway and NIO are a perfect fit.