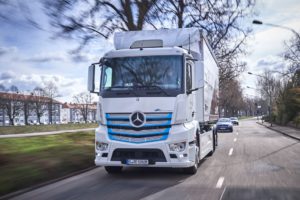 As part of the eWayBW project, commercial transport will be electric on the B462 federal road around Rastatt with the test operation of catenary trucks as of 2020. Whilst preparations for the construction of the necessary infrastructure are still ongoing, the eActros is mobile with its battery-electric drive, fully flexible and in need of only minimal infrastructure; nothing more than a charging station.

From spring of this year, Logistik Schmitt will be operating the eActros in place of a conventional diesel truck as part of a field test transporting transmission housings. The eActros will be tested on an around 7 kilometres stretch in a demanding three-shift system between Logistik Schmitt’s warehouse in Ötigheim and Rastatt’s Mercedes-Benz Gaggenau plant. The daily tour of the 25-tonne truck totals around 168 kilometres.

This represents the kick-off to a series of eActros field tests taking place over several years in the Murg valley and the surrounding region. As a next step, comparative tests with the catenary project will be carried out with an advanced version of the eActros as a semitrailer tractor variant with higher tonnage and range.

Our eActros has been out on public roads since June 2018 and has already covered more than 30,000 kilometres with its battery-electric drive. Together with customers, we have been compiling experiences of the eActros in regular everyday operations since September. Its range of 200 kilometres has proved to be absolutely realistic. The eActros completes its transportation tasks regardless of the route or other factors. The expenses involved in installing one charging station at each customer’s premises is comparatively low. There is every indication that we are on the right track with our eActros concept. Our aim as of 2021 is to have locally emission-free and quiet heavy-duty series production trucks operating in cities – operating economically on a par with diesel trucks. We are delighted that Logistik Schmitt will now use the eActros and are excited about further interesting findings gained from practical operations – Buchner continues.

First phase: practical test on the commuter route from Ötigheim to Rastatt 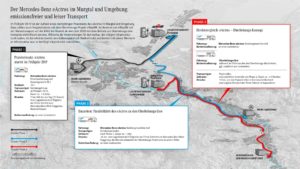 In view of new challenges in the logistics business, we consistently have a look at the latest innovations – if we recognise potential in them. The approach which Mercedes-Benz Trucks has taken with the eActros has impressed us across the board. In testing the eActros, we are happy to contribute towards making the transport business of the future more ecological and sustainable. The commuter route from Ötigheim to Rastatt is ideally suited for this undertaking. We can thus put the eActros through its paces in difficult three-shift operations – under continuous stress. The eActros drives along precisely the same route as a conventional diesel-powered Actros which it is intended to replace. This provides an excellent opportunity for comparison.

In the first phase of the eActros test operation, Logistik Schmitt is integrating a vehicle with a swap body into the company fleet. The eActros transports up to twelve tonnes and drives twelve tours a day. The batteries in the eActros are charged also whilst the vehicle is being loaded or unloaded so that the total 200-kilometre range of the eActros can be optimally used. Initially the vehicle will be charged using a mobile charging station. 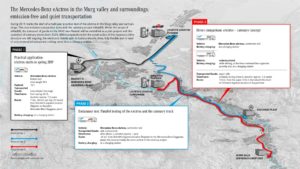 As of the second phase of the eActros project in the Murg valley, the 25-tonne truck from the first phase will be replaced by an advanced version of the electric truck in form of a semitrailer tractor unit. Using the eActros semitrailer, Logistik Schmitt will deliver axle components along the 14 kilometres from the warehouse in Ötigheim to the Mercedes-Benz Gaggenau plant – mainly via the B462. This route is, for the most part, the same as that for the catenary project. The specifications of the eActros semitrailer truck will be comparable to those of the overhead catenary trucks, among other things in terms of the higher tonnage and range. This parallel testing of the eActros and the catenary trucks will take place for approximately one year and will deliver the most important data and findings necessary for comparing both concepts, e.g. in what way the vehicles are suitable for this operation. 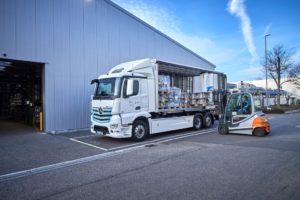 During the third phase of the project, which is expected to take place within the second phase, the eActros semitrailer truck will travel the exact catenary truck route for approximately one to two weeks so that a direct comparison can be made. This will serve to validate the second phase. During this direct comparison, the eActros will transport rolls of paper the 18 kilometres from the paper mills in Gernsbach-Obertsrot to the Fahrner logistics site in Kuppenheim – just like the trucks involved in the overhead-lines project. 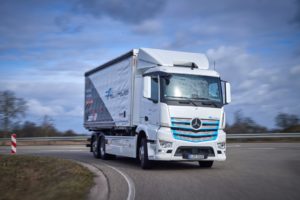 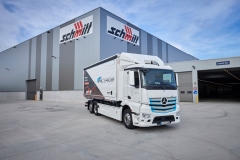 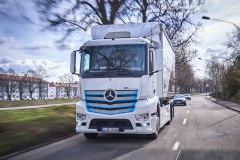 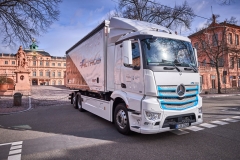 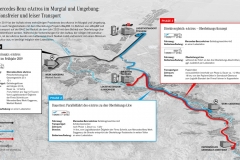 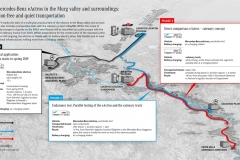 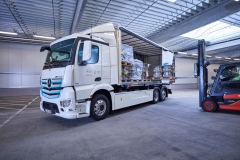 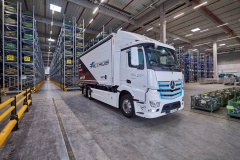 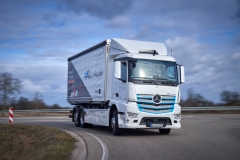 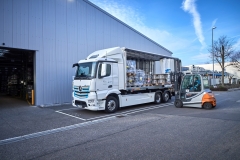 Two new electric trucks for the U.S. market by Daimler

Camion Transport, the logistics service provider and retailer Migros test together an electric truck Mercedes-Benz eActros in Switzerland. The 18-tonne truck with Camion Transport is used to transport general cargo for commerce, trade and industry […]