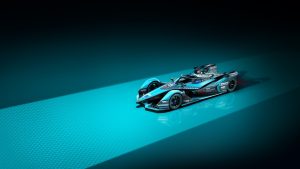 Jaguar Land Rover and TCS will build on an existing business relationship with the new Jaguar TCS Racing partnership. Translating its leadership in technology transformation and experience working with premier players in the automotive value chain, TCS has the ambition and belief to support Jaguar TCS Racing to become a global showcase for electrification.

The rebranding of the team includes a revised livery of the successful Jaguar I-TYPE 5 race car for the upcoming Formula E season. Additionally, Jaguar TCS Racing have been given additional prominence within Jaguar Land Rover’s recently launched motorsport division as part of the company’s Reimagine strategy. Jaguar TCS Racing’s goal is to ‘Reimagine Racing’ and use this highly relevant motorsport activity to test, learn, develop, collaborate, and share innovations including cutting-edge electric vehicle technologies across Jaguar Land Rover to benefit future road car development. Specifically, learnings and technology transfer from Formula E will help ‘Reimagine’ the Jaguar brand as an all-electric luxury brand from 2025, coinciding with the company’s commitment to the Gen3 era of Formula E.

As part of the reorganisation, James Barclay takes on the role of managing director, Jaguar Land Rover Motorsport Limited in addition to his role as team principal of Jaguar TCS Racing. Jaguar Land Rover Chief Executive Officer, Thierry Bolloré, becomes the chairman of the new organisation. All future opportunities and benefits for both Jaguar and Land Rover brands will be explored through this newly formed division. 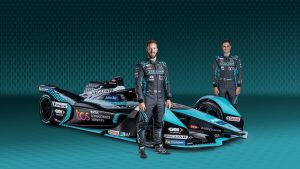 Heading into the final Gen2 season after the team’s most successful Formula E campaign, which saw Jaguar Racing finish as runner-up in the Teams’ World Championship, the British based racing team boasts a highly competitive and efficient race car in the Jaguar I-TYPE 5, and one of the strongest driver pairings with Sam Bird and Mitch Evans returning to provide speed, consistency, and highly valuable Formula E experience.

With only 87 days until the start of the new season, the race team have focussed on refining the most successful race car in Jaguar TCS Racing’s Formula E history including revisions in several software areas to improve energy management, making the race car faster and more efficient. The team have also invested time in understanding and simulating the new qualifying system and practicing in-garage pitstops, which will become a significant feature of the first 10 minutes of the new format.

Building on the existing and highly valued team partnerships, Jaguar TCS Racing are also proud to welcome Uncommon as the team’s new official teamwear partner in a new deal. As part of the team’s Race to Innovate platform every item of teamwear for season 8 will be made using recycled materials.

Jaguar TCS Racing will race on the streets of Diriyah, Saudi Arabia on 28 and 29 January 2022 for the first of 16 races in 12 cities across the globe.

Below you can watch the Jaguar TCS Racing launch film: