This week end will back the FIM Enel MotoE World Cup for the second round of the 2019 at the Red Bull Ring in Austria with Energica Ego Corsa.

Following a stellar debut at the Sachsenring one month ago, the 18 identical Ego Corsa are ready for more action on the high-altitude, fast and flowing track near Spielberg in Styria.

Last year, the Energica team performed some extensive testing at the Red Bull Ring with Alessandro Brannetti and Loris Capirossi, with lap times that ultimately were in line with the ones set in Moto3. That was also the first time the then-in-development Ego Corsa was close in terms of technical package to the one currently fielded in the FIM Enel MotoE World Cup. 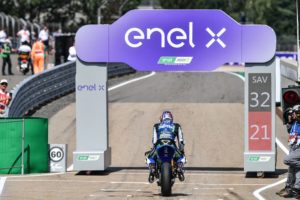 With five individual races and a total of 125 points up for grabs, this second event in the history of the all-electric World Cup powered by Energica will be extremely important for the title-winning hopes of the 18 riders involved. But track knowledge can make a lot of difference, as only a few riders in the field have previously raced at this venue – which was only introduced into the MotoGP calendar in 2016. 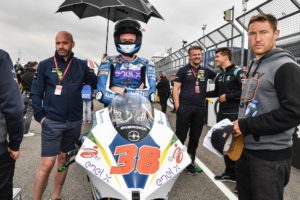 Of the riders who made it to the podium in Sachenring, only the winner Niki Tuuli (Ajo Motorsport MotoE) and Bradley Smith (One Energy Racing) have previously raced at the Red Bull Ring. Third-placed Mike Di Meglio (Marc VDS), however, rode on this fast circuit back in 2016 when he was a MotoGP official test rider.

The good news – especially for those who are yet to get to grips with the track – is that an extra 20-minute free practice session has been added to the schedule on Saturday morning at 8:30 local time (GMT+2). The rest of the timetable remains unaltered, with Friday’s free practice sessions due to get underway at 11:50 and 16:50. The single-lap E-Pole will take place on Saturday at 16:00, with the six-lap race set to begin on Sunday morning at 10:00.

MotoE. Granado in E-Pole at the ‘Bugatti Circuit’ of Le Mans

The FIM Enel MotoE World Cup riders had to face a last-minute downpour and tackle a whole different session aboard their Energica Ego Corsa. […]