BMW driver Maximilian Günther set the best time at Valencia Formula E test last year and now he speaks in the interview about a new season, before the test in Valencia.

Maximilian Günther (GER) and Jake Dennis (GBR) will be the drivers to the BMW i Andretti Motorsport with the BMW iFE.21.

While Dennis is new to the team, Günther is entering his second season as a BMW i Andretti Motorsport driver after a successful debut year. After achieving the best time during the tests at Valencia last year, he went on to secure two wins and a second place during the race season. Now, in an interview, he looks ahead to the upcoming season, talks about the team’s particular strengths and where they have room for improvement, evaluates his new team-mate and explains why he moved to Monaco (MON) in the summer. 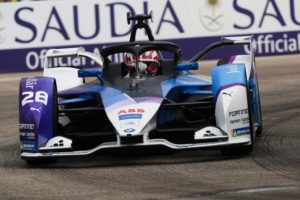 Maximilian, how have you spent the time since the Season 6 final in Berlin?

Maximilian Günther: For me there was a seamless transition to the new season. We started test driving the new car straight away and that’s how things continued for me over the past months, lots of test drives with the new car, simulator tests in Munich and a large number of meetings, both virtually and in Munich at BMW Motorsport with my engineers. Since the end of the season in Berlin, we have pursued our path and objectives in development and worked on every minor detail. I really enjoyed that as I am a real perfectionist. The off-season has been very productive to date and we are all looking forward to things getting started again.

As well as taking part in testing you also moved.

Günther: That’s right. I moved to Monaco right after the races in Berlin. It was a fantastic step for me for many reasons. Monaco is an amazing place for me as a sportsman because the training conditions are first-class, be that the fitness studios, running tracks or road bike tracks. And then there’s the consistent climate with pleasant, warm temperatures all year round, and naturally a large number of other sports personalities live in Monaco. I also chose the location so that I am able to live among colleagues and athletes who have a similar lifestyle. When I was little and watched Formula 1 in Monaco, my two goals were to race in Monaco and ideally to live there. Both came true in recent years.

How are you preparing for the test drives in Valencia?

Günther: Primarily by driving in the simulator in Munich. Preparations for an official test like this are actually very similar to preparations for a race weekend. It’s all about simulating various scenarios here as well. Everything is planned and tested, from driving a fast lap like in qualifying, through to race simulation in terms of energy efficiency. And then there are other things in focus for test drives in particular, such as various set-ups and specific ideas that you want to check out ahead of the season. 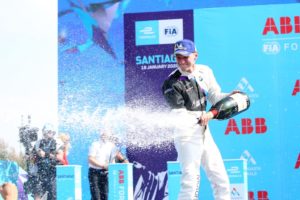 Last year was a resounding success with you getting the overall best time.

Günther: The test drives did go very well for me. I was new to the team back then. Now the situation is totally different, I have got to know the team really well and the conditions are obviously different. After a whole year working together, you know what makes each other tick and can build on this common basis. Generally speaking, the team is almost identical and has become like family. I feel right at home in the team and am really looking forward to starting the new season with the experiences from last year.

Since the cars haven’t changed all that much compared with Season 6, are you as a driver in combination with your race engineers able to make more of a difference?

Günther: I would say that the drivers are more in focus in Formula E than in other series. That’s what I really enjoy about the series. It is incredibly challenging – and yes, the collaboration with the race engineers is extremely important. You often see snippets of how much we communicate on television. That is planned down to the finest detail and every consultation has to be exact. We rely on each other implicitly and know exactly what each of us is talking about – and all of that under great stress and immense time pressure. It is wonderful and a fantastic basis that we established last season, that we are now able to build on.

What do you feel are your and the team’s greatest strengths?

Günther: Our greatest strength is that we are incredibly compact as a team. We have all the ingredients for achieving a great deal in this championship. We are very aware of what it takes. Our art is that we are very meticulous in our work and try to optimise everything, but at the end of the day know precisely what it takes and go into a race weekend with a very clear mindset. I believe that is what enables us to handle the challenges of Formula E that we face each weekend very well as a team. 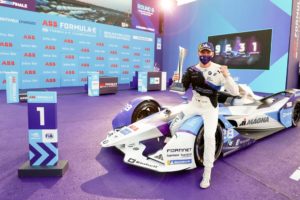 Where can you make the biggest improvement compared with Season 6?

Günther: Naturally there is always room for improvement, and you try to work on all the minor details. I believe that a particular challenge in Formula E is the qualifying format. Last season we were almost always in Group 1, which is a good sign in principle, because it means that you are consistently up there near the top in the championship, but it also brings plenty of challenges. Unfortunately, we didn’t manage to make it out of Group 1 into Super Pole often enough, or into a good starting position. We have looked at this in great detail during the off-season, and I think we have drawn the right conclusions.

How well do you already know your new team-mate Jake Dennis?

Günther: I know Jake from Formula 3 days; we were even team-mates in one race in 2015. We get on really well and our collaboration was great right from the start during the test drives. When all is said and done, we got started working together straight away. I’m delighted that Jake is part of the team and that we can start the new season together. He is the kind of guy who has a lot of technical expertise, also from his experiences in the simulator at Red Bull Racing and the races in the DTM, where he was performing at a very high level in motorsport. I think that he is a great fit for Formula E and there is nothing standing in the way of us collaborating successfully as team-mates.

How are you handling the uncertainty due to the pandemic – including in terms of the race calendar?

Günther: It goes without saying that the coronavirus situation is very unusual, that applies to all of us. But I try to be as relaxed as possible when it comes to the uncertainty of the races, and not think about things too much in advance. Flexibility is key here. I accept that 100 percent and prepare myself to handle all the challenges this brings as well as I can.