Dominique Aegerter’s victory in Jerez is very important, not just becaus has been the first in MotoE, but also because his fiercest opponents suffer differing misfortunes. 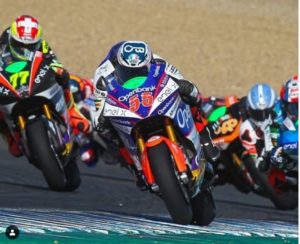 In fact, the Dynavolt IntactGP rider, not only capitalised on the pole position achieved yesterday aboard his Energica Ego Corsa #77, but also the experienced Swiss rider managed to ride a smooth but scintillating pace at the front and the same could not be said about former championship leader Eric Granado (Avintia Esponsorama Racing) and current title holder Matteo Ferrari (Team Trentino Gresini MotoE).

The drama unfolded at turn six on lap four when the Italian hit the brakes late in an attempt to overtake fellow Italian Mattia Casadei (Ongetta SIC58 SquadraCorse). Ferrari could not make the move stick, ran wide and then hit the back of Granado’s bike – who was running in second place. Both riders ended up in the gravel, with only the Brazilian able to rejoin the race to salvage a couple of points. 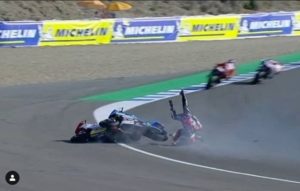 Local rider Alejandro Medina (OpenBank Aspar Team) crashed out on lap three after looking combative in the early stages, while Alessandro Zaccone (Team Trentino Gresini MotoE) was on the receiving end of a collision started by fellow Italian Tommaso Marcon (Tech 3 E-Racing) on the opening lap, again at turn six.

With two races out of seven now completed, Aegerter is the new championship leader with 41 points, with Jordi Torres in second place, 11 points adrift. Granado is third with 28, while Ferrari went all the way down to sixth place in the standings, 21 points from the top.

The FIM Enel MotoE World Cup will now take a break before returning to action on September 11 for the first of two back-to-back rounds at the Misano World Circuit, with three individual races to be contested at the Italian track across two weekends. 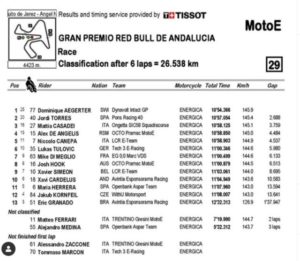 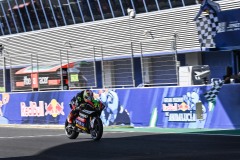 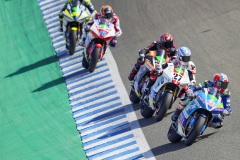 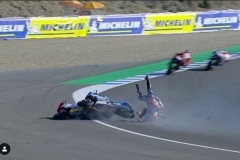 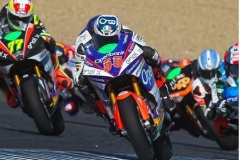 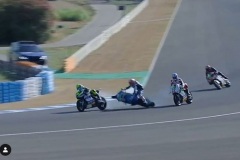 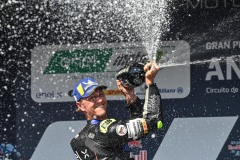 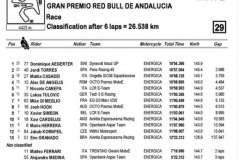