The new electric SUV from Extreme E has been unveiled for the first time at the Goodwood Festival of Speed, with Founders Alejandro Agag and Gil de Ferran.

The car, named ODYSSEY 21, will feature in Extreme E’s radical new racing series which will highlight the impact of climate change on some of the world’s most fragile ecosystems, and promote the adoption of electric vehicles to help preserve the environment and protect the planet. 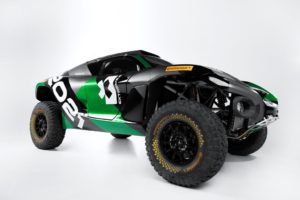 On its first public outing, the Spark Racing Technology-built ODYSSEY 21 completed demonstration runs up the famed Goodwood Hillclimb, right in front of Goodwood House, after the full initial build of the prototype electric SUV was completed just last week at the Spark factory in Tigery, France.

The Extreme E-SUV, ODYSSEY 21, is unlike anything else in motorsport. The cutting-edge technology our industry-leading partners have employed in its design and construction has resulted in a stunning car, capable of the highest performance in the toughest and most varied environments on the planet.

Extreme E’s combination of top-level sporting competition and ultra-demanding environments will also prove to be a significant research and development platform for manufacturers, driving further advancements in sustainable mobility.

Concluding, he said: Whether it’s in the Arctic, Himalayas, Amazon, Desert or on Indian Ocean Islands, this car will showcase the ability of E-SUVs, not only to motorsport enthusiasts, but also to consumers who are looking to make their own difference to the planet by choosing an electric SUV. 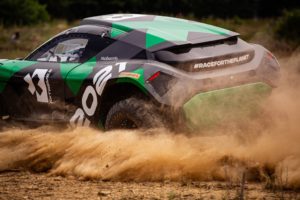 Each vehicle comprises a common package of standardised parts, manufactured by Spark Racing Technology with a battery produced by Williams Advanced Engineering. This encompasses a niobium-reinforced steel alloy tubular frame, as well as crash structure and roll cage, whilst tyres, for both extreme winter and summer requirements, will be supplied by founding partner Continental Tyres.

From that starting point, teams will be able to test and develop their own powertrain and select areas of bodywork, such as the engine cover, front and rear bumpers, side skirt, and lights in a bid to replicate everyday car models.

Our challenge was to build a car that could face all the variations in surface and terrain that will be thrown its way, which will include gravel, rock, mud, ice, snow, water and sand, too. Straight out-of-the-box in Season 1, the ODYSSEY 21 and its performance is going to be very impressive, exceeding the power and torque of World Rally Championship and rally raid cars. The numbers are mind-blowing, really.

We’ve innovated in several areas, for example; the wheels are some 940mm. Wheels that size have never been utilised in anything other than two-wheel drive racing cars before. Using them means we get the benefits of increased traction and traversal ability along with huge suspension travel. Usually, it’s either one or the other – smaller wheels, small travel and four-wheel drive or large wheels, larger travel but two-wheel drive. We’ve gone for both with the ODYSSEY 21. 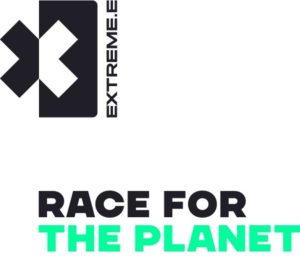 The torque and power density from the powertrain is also a breakthrough. We’re getting huge figures from a small package, which means lighter weight, space savings and ultimately improved weight distribution. All of this innovation and these lessons learned, are transferable from race-car to road – ultimately benefiting the consumer and the sustainable mobility cause.

With our high-performance tyres which have been specially designed for the Extreme E series, Continental are providing ODYSSEY 21’s drivers with very high grip for acceleration, braking and precision handling on what will be very demanding tracks and trails.

The tyres will be perfectly adapted to the ODYSSEY 21 E-SUV so as to ensure the best possible vehicle control and safety, even at the ragged edge.

CBMM aims to bring more sustainable solutions for mobility and the society. Extreme E is the perfect platform to show clearly the advantages of an intensive use of advanced and smarter materials. The Extreme E E-SUV presented at Goodwood Festival of Speed brings reliable, light and strong solutions for the body-in-white (BIW) and other structural components; it is an example of what can be done with Niobium Tech as a solution.

Testing of the ODYSSEY 21 prototype will get underway in September, with delivery of 12 cars from Spark Racing Technology to follow in March 2020. Group testing then takes place mid-way through 2020 before competitors board Extreme E’s unique floating paddock, RMS St. Helena, ahead of the opening race in early 2021. 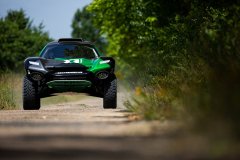 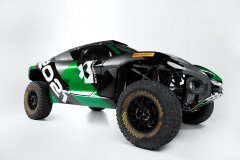 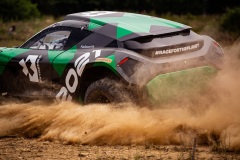 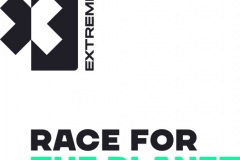