Paris, France. 31st August 2017. The Formula E drivers will have an additional 10kW of power in race mode next season, with the power raised from 170 to 180kW.

Qualifying power will remained capped at 200kW as the championship enters the final season of using the 28kW/h battery designed and built by Williams Advanced Engineering. The changes should ensure that Season 4 races are the longest or fastest in the championship’s history so far. 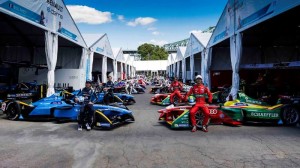 Changes have been also introduced to the Visa Fastest Lap ahead of Season 4, with only drivers classified among the top 10 finishers able to secure the additional bonus point.

During Season 3, the Visa Fastest Lap was claimed by drivers who finished outside of the points in every single one of the 14 races. This is because they sacrificed their ability to complete the race by expending more energy in search of the bonus point. This practice will be impossible under the new regulations.

The FIA also announced a series of other amendments to the Sporting Regulations for the new season, which starts in Hong Kong ePrix on December 2.

Increase in the number of promotional days from three to six days per team with a maximum of 3 days on circuit, to promote roadshows

The announcement was accompanied by the official confirmation of the 10 teams that will contest the fourth instalment of the all-electric racing series. This includes the rebranding of the Audi Sport ABT Schaeffler team in deference to Audi’s status as an official manufacturer and, the promotion of the NIO brand and the removal of NextEV and the return of the Dragon Racing name minus the Faraday Future branding.

The 10 official entrants for the 2017/18 FIA Formula E Championship are: 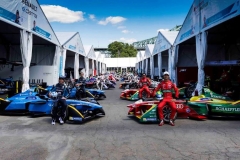