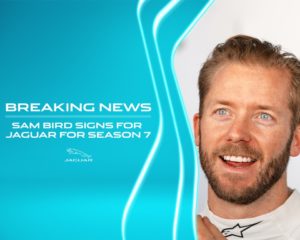 The 33-year-old has competed in every Formula E race since the ground-breaking series started in 2014, securing nine wins to date. Bird, who started his successful racing career in 2002, went on to forge a successful record of results in the sport’s junior categories before a number of key Formula 1 roles including testing duties for Williams and reserve driver for Mercedes AMG Petronas from 2011 to 2013. In recent years Bird has tasted success in the FIA World Endurance Championship with Ferrari and the G-Drive Racing squad.

In FIA Formula E, Bird is the only driver to have won a race in each season and has an impressive record of nine wins, 18 podiums, five poles and five fastest laps in 63 starts. The Poole based driver will get his first taste of the new Jaguar I-TYPE after the current season concludes next month in Berlin. His first race for the team will be on 16 January 2021 in Santiago, Chile.