Hyundai Motor Group and Audi AG announced that they have entered into a multi-year patent cross-licensing agreement, covering a broad range of fuel cell electric vehicle (FCEV) components and technologies. 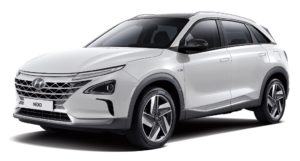 Under the new partnership, the world’s fifth-largest auto-making group and the German premium car maker will make joint efforts in developing FCEVs, to lead the automotive industry to a more sustainable future.

The cross-license agreement has been signed between Hyundai Motor Company – the Group’s flagship car-making unit – and Audi but also covers and benefits both companies’ affiliates, including but not limited to Kia Motors Corporation and Audi’s parent company Volkswagen AG.

Hyundai and Audi, as well as their affiliates will equally share the patent licenses over the years to come. The duration of the agreement has not been disclosed. 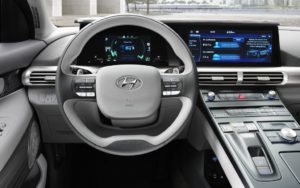 The partnership between Hyundai Motor Group and Audi will leverage collective R&D capabilities in fuel cell technology to elevate their presence in the FCEV market. Therefore, the agreement also includes mutual access to fuel cell components. As a first step, Hyundai Motor Group will grant its counterpart the access to parts that are based on Hyundai’s know-how accumulated from the development of ix35 Fuel Cell as well as NEXO.

Audi – responsible for the development of fuel cell technology within the Volkswagen Group – will also be able to take full advantage of Hyundai’s FCEV parts supply chain. Hyundai Motor Company, the world’s first mass-producer of fuel cell vehicles, has been offering SUV-Class FCEVs since 2013, and currently sells them in 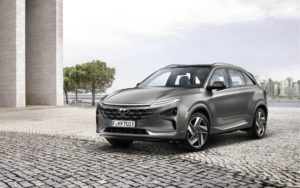 18 countries around the world.

This agreement is another example of Hyundai’s strong commitment to creating a more sustainable future whilst enhancing consumers’ lives with hydrogen-powered vehicles, the fastest way to a truly zero-emission world – said Euisun Chung, Vice Chairman at Hyundai Motor Company. We are confident that the Hyundai Motor Group-Audi partnership will successfully demonstrate the vision and benefits of FCEVs to the global society.

The fuel cell is the most systematic form of electric driving and thus a potent asset in ourtechnology portfolio for the emission-free premium mobility of the future – said Peter Mertens, Board Member for Technical Development at AUDI AG. On our FCEV roadmap, we are joiningforces with strong partners such as Hyundai.

For the breakthrough of this sustainabletechnology, cooperation is the smart way to leading innovations with attractive cost structures.

Hyundai Motor Group and Audi have also agreed to explore opportunities for a next step in their collaboration. This next step will aim to lead industry standards in fuel cell technology as well as accelerate FCEV development and spur innovation in this technology, providing more advanced mobility options to customers. 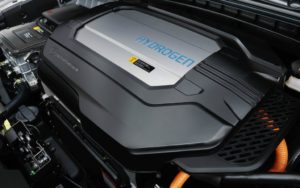 Hyundai Motor Group also plans to strengthen its competitiveness in the fuel cell components industry, engaging in new business opportunities created by the new partnership. Hyundai Mobis (Mobis), the leading FCEV’s components manufacturer of the Group, is expected to continuously expand its role for developing and supplying proprietary core components for Hyundai and Kia FCEVs.

In 2017, Mobis became the first company in the world to establish an integrated production system for core components of FCEVs. The company’s plant in Chungju, South Korea, currently has the production capacity of 3,000 powertrain fuel cell complete (PFC) modules per year.

PFC modules are comprised of fuel stacks, drive motors, power electronic components and hydrogen fuel supply units. Mobis will raise the plant’s capacity to tens of thousands of PFC modules down the road, depending on market demand.

Long ranges and short refueling times make hydrogen an attractive future source of energy for electric mobility. This is particularly true for larger automobiles, where the weight advantages of the fuel cell vehicle inherent to its design are particularly pronounced. Key aspects for its future market success include the regenerative production of hydrogen and the establishment of a sufficient infrastructure. 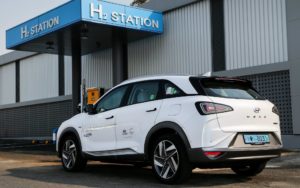 Hyundai Motor Group, taking the lead in FCEV deployment, is striving to develop FCEVs that exceed the expectations of traditionally-powered vehicles, in terms of safety, reliability, range and specification. The Group is further strengthening its global leadership with an all-new hydrogen-powered SUV, NEXO, with enhanced range and fuel efficiency.

* Based on certifications in US / Europe 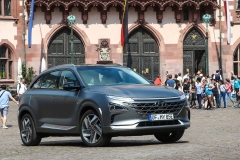 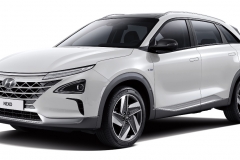 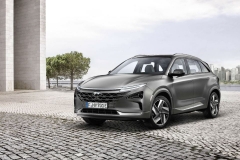 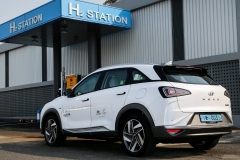 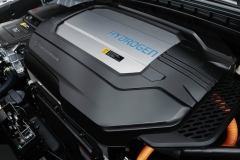 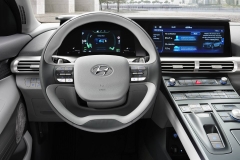