Polish company Triggo that has developed an unique electric car, recently signed a contract for the approval research and is conducting talks with the car distributors in Europe

Triggo also completed the works over the licence cooperation rules dedicated to large motor concerns. The serial production in EOM system will be, by force of the Board’s decision, located in Poland and may commence already in 2021. Digital drive by wire control, low empty weight, a unified system of replaceable batteries or compact dimensions are factors that will allow drivers to enjoy driving and using Triggo, building at the same time the commercial potential of the project. 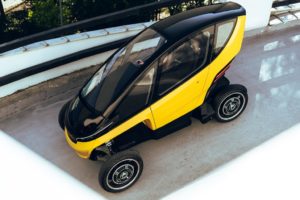 Since 2010, the company has been developing a project of a fully electric car, which, thanks to its innovative concept, combines the best features as regards safety and comfort of small urban cars with mobility and ease of single-track parking.

Its key feature is the variable geometry of the chassis, allowing the driver to drive in two modes: road for high speeds and manoeuvring, where the vehicle only takes up so much space as a monorail.

The vehicle is designed for the fast-growing market of mobile-as-a-service urban transport services and autonomous robo-taxi: meeting the needs of the inhabitants of large metropolises. – Triggo is a vehicle being a response to traffic jams and lack of parking spaces – it allows for parking at 1/5 of the passenger car space.

The patent for variable car body geometry and other Triggo strategies constitute the material competitive advantage. They are patented on the area with a population of nearly 4 billion, covering EU countries, USA, Japan, China and India.

In Q1 2020 we completed works on the pre-production version of Triggo, and recently we have developed the offer for the car licensing. We are open to all entities interested in cooperation with our company, however the licence for the production and use of Triggo is targeted mainly at global corporations. Their obtaining the licence may support us in further product development, both in terms of investment and project development. What is important is that in the last weeks and months, on our own initiative, we have been cooperating with other entities from the industry, operating on different continents. These are both, to our surprise, selected international automotive corporations looking for solutions in the area of urban mobility, as well as smaller players distributing scooters or motorcycles. It is not astonishing that we are pleased to hear the words of appreciation and interest from various players of the automotive world – says Rafał Budweil, President and Founder of Triggo S.A. 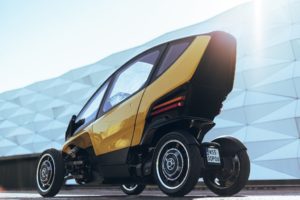 In Rafał Budweil’s assessment, the optimal path of the company’s development is to license the selected absorbent and prospective market and to finance further international development from the income from the granted license. He estimates that the variable geometry of the chassis that determines the different widths of Triggo can revolutionise urban mobility in major agglomerations.

Our biggest dream is repeating the success of Sir James Dyson, who did so at the beginning of his company’s development and was able to develop it into a global business. We want to go down the same path and believe in achieving an equivalent success – adds Budweil.

With a view to the commercialization of the product as of 2021, Triggo began talks with the first companies interested in distributing the vehicle in different regions of the EU and countries in the world. In last weeks, the company concluded an agreement to carry out approval tests of its vehicle with the Industrial Automotive Institute. In turn, production of the vehicle will be implemented as part of the OEM solution 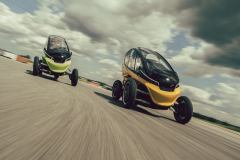 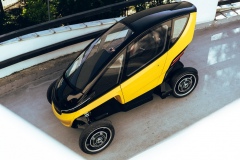 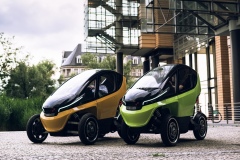 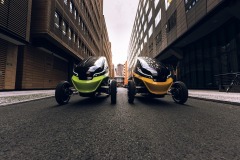 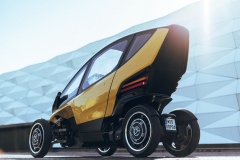