Italian electric motorcycle Tacita T-Race Rally overtook the 120,000 kilometers of tests in real conditions, with all its components in perfect shape.

This is the distance that we covered from 2014 until today… it’s the result of the right balance of the T-Race and the symbiosis between electric motor, controller and batteries. In these years we have worked 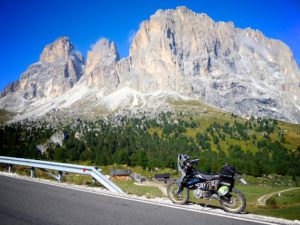 hard, continuing to travel on the road and off-road with our Rally-laboratory motorcycle, to find out which can be the average life of an electric bike, gather data and refine all the details. We have not skimped on the severity of our tests. After having checked every component, electric motor, chassis, clutch and batteries were in perfect conditions.

And all the gearshift components were perfect, as new: Tacita has created a unique transmission gearbox that thanks to the lower ratios, allows the torque to increase, causing the inrush currents to decrease. The carefully developed longer gears will make the most out of the engine’s maximum peak, removing every compromise and keeping efficiency at maximum levels. We have confirmed the solidity of the work done – says Pierpaolo Rigo, Tacita co-founder.

The battery packs, the same being used since the test started in 2014, are continuing to provide energy without any signs of fatigue. 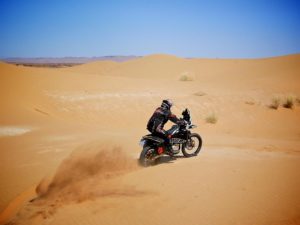 Their debut dates back to November 2012, when Tacita took part, with the very first prototype, to the “Merzouga Rally“ in Morocco. It was an absolute first, because until that moment no electric motorbike had ever been deployed in a demanding rally in the desert, a challenge that the T-Race Rally faced as an R&D test bench, rightly because of the extreme temperatures and conditions of that challenge.

After the race, the battery packs were transferred to other prototypes, until in 2014 they found the final destination on the bike that has now brilliantly reached 120,000 kilometers.

It was not a simple test, because this T-Race was used in other important adventures : two editions of Hard AlpiTour, in 2014 and 2015, and in Winter Heroes 2016 on the white roads of Tuscany, with Franco Picco.

In addition to similarly exhausting internal tests, in any weather conditions, and through various customer tests. 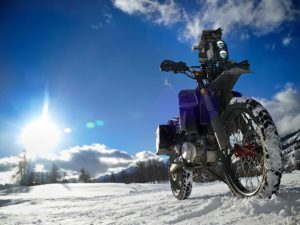 In almost eight years, those batteries have been subjected to over 1,700 recharging cycles, and the guaranteed autonomy – with respect to the first charge – has remained unchanged : a result that highlights the stated figure of being able to guarantee 80 percent of the energy after 4,000 charge cycles has proven true.

Consider then that the battery packs of the 2020 Tacita T-Race Rally model, thanks to the higher energy density, have the capacity of 18 kWh, with the same space and weight.

Ours is the technology of the present, and we are proving it. The commitment is to anticipate the technological challenges, which often require more focusing on internal R&D. For this reason, in the last two years we have worked in silence, never loosing sight of the mission of building positive answers in fun riding, clean energy and environmental sustainability to our customers. In the near future Tacita will provide even more surprising news. 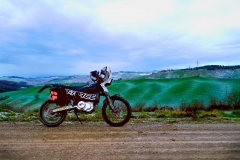 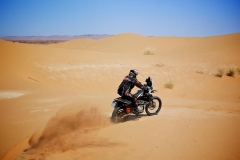 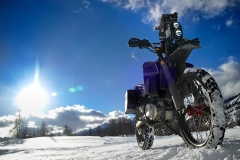 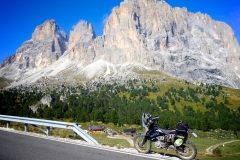 Tacita lands in the USA with the T-Cruise

27 kWh long range and 168 miles of performance and autonomy for the Italian new electric Cruiser Source: Tacita Columbus, Ohio. USA. September 15, 2017. Tacita® is delighted to announce the launch of the T-Cruise, […]