Subaru Europe is working to launch a full electric vehicle to the European market, as confirmed Subaru Europe on December 14th.

Subaru Europe is the subsidiary of Subaru Corporation and in the press release they said that the EV model has been scheduled for introduction in the first half of 2020. 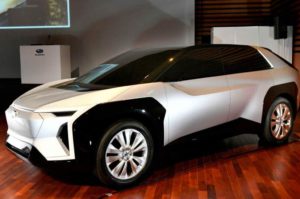 Subaru’s all-electric vehicle will be a mid-size SUV, similar in size to the Subaru Forester model. It will be built on a platform shared with Toyota.

Additional information will be shared sometime next year.

The news underlines Subaru’s efforts to reduce its environmental footprint in Europe and satisfy a growing demand for alternative powertrains.

It also signals the brand’s second electrification step in Europe after it recently launched mild-hybrid variants of three core models in the region, where the Impreza e-BOXER, Subaru XV e-BOXER and Forester e- BOXER models today represents 60% of the sales volume.