Capable of more than 249 miles on a single charge, versus average UK daily drive distance of 30 miles, with the fast-charging potential of 80% of capacity in 40 minutes, Volvo XC40 Recharge will deliver running-cost savings and tax benefits typical of electric cars.

In the UK market, Volvo XC40 Recharge Pure Electric P8 is available from £53,155 and UK deliveries has been anticipated from early 2021.

Inside, the car benefits from the company’s brand-new infotainment system powered by Google Android, as well as taking the XC40’s already renowned use of interior space even further.

For Volvo Cars, the future is electric. The battery-powered XC40 spearheads our ambitious sustainability strategy, while bringing the huge benefits of electric driving – and more – to an already award-winning package.

Volvo’s first entrant into the compact premium SUV segment when it was launched in 2018, the XC40 has seen unprecedented success, winning a host of prestigious awards – including European Car of the Year in 2018 – and quickly becoming the firm’s best-selling model in the UK. The Recharge Pure Electric variant comes at the perfect time, with almost three quarters of consumers considering an all-electric car for their next purchase1.

The XC40 Recharge Pure Electric marks a major milestone in Volvo Cars’ electrification strategy, which is one of the boldest from any traditional car maker. As part of a long-term ambition to be climate-neutral by 2040, the company aims to reduce tailpipe emissions by 50% per car, and for half of all new vehicles it sells globally to be pure electric, by 2025.

The all-electric XC40 also expands Volvo’s already comprehensive range of plug-in vehicles, now sold under the Recharge brand, with customers already able to purchase a plug-in hybrid version of every model in the Volvo range.

While the recently launched plug-in hybrid XC40 is ideal for those making the transition to electric driving – its 28-mile electric range is backed up by a petrol engine for greater distances – the Pure Electric is the perfect car for those ready to commit to all-electric motoring. The average distance driven each day by UK motorists is 30 miles2, so its 249-plus-mile range more than covers most people’s daily requirements – especially if home or workplace charging is installed meaning a full charge at the start of each journey.

The XC40 P8’s long range does not come at the expense of performance, with its twin electric motors producing 408hp to deliver a 0-62mph time of only 4.9 seconds.

While the XC40 already follows the principle of doing more with less, the Recharge Pure Electric version takes this even further. The lack of an internal combustion engine frees up space for an additional 30-litre storage compartment or ‘frunk’ under the front bonnet, while the placement of the batteries under the centre of the car means space is not compromised elsewhere.

As with any other XC40, the battery-powered version comes equipped with clever interior touches such as a removable waste bin, a fold-out hook in the glove compartment for bags, and a useful boot divider complete with hooks for keeping shopping bags separate and upright. A pair of sizeable front door bins come courtesy of the traditionally door-housed speakers being moved to the base of the windscreen.

The interior of the battery-powered XC40 also carries over the strong focus on sustainability from other variants, with the door linings and carpets made from 97% recycled plastic bottles.

Total integration of Android Automotive OS, Google’s open-source Android platform, means services such as Google Maps, Google Assistant and other automotive apps will be built in.

For the first time on a Volvo car, software and operating system updates will be available over the air, meaning an XC40 Recharge Pure Electric will improve over its lifetime rather than being at its peak on leaving the factory.

One of the safest cars on the road 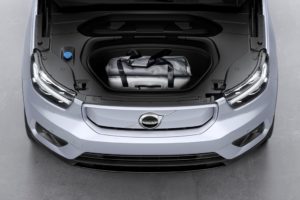 In spite of the challenges presented by the lack of an internal combustion engine, the electric XC40 is one of the safest cars on the market. Volvo Cars’ safety engineers have totally redeveloped the frontal crash structure, while introducing a new and unique safety structure for the passengers and battery – helping to keep occupants as safe as they are in any other Volvo.

The XC40 Recharge Pure Electric is also the first Volvo to feature a new version of Pilot Assist, the driver-assistance technology that deploys steering, acceleration and braking support to help take the strain during long motorway journeys and sitting in traffic. The system now uses Google Maps for information such as speed limits and curves in the road to improve its functionality.

A new Emergency Stop Assist function is now included, meaning that if the driver is not holding the steering wheel while Pilot Assist is activated, the driver will be warned in different stages until the vehicle is brought to a safe stop.

Initially offered in R-Design specification, the XC40 Recharge Pure Electric is available from £53,155, with UK deliveries expected to start in early 2021.

1 71% of consumers are considering a fully electric car for their next car purchase – Auto Trader Market Report: March 2019 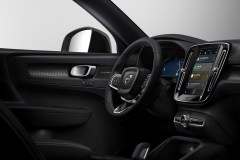 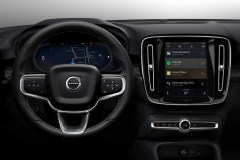 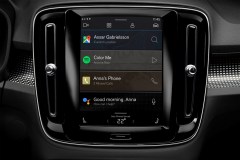 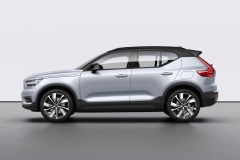 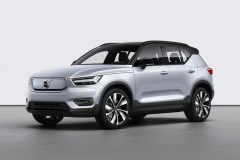 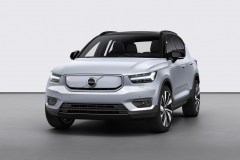 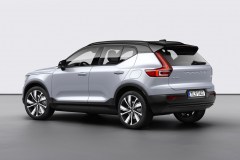 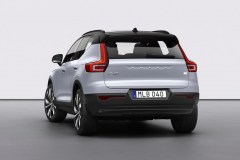 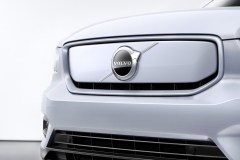 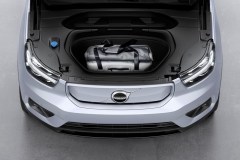 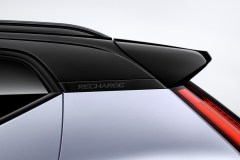 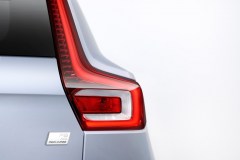 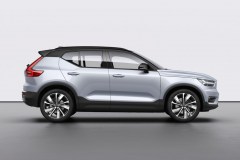 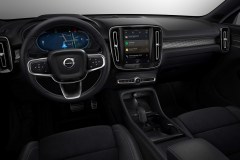 A new strategic partnership to develop suspension capabilities for future electric vehicle (EV) platforms has  been signed by KYB Corporation and REE Automotive. […]