These ensure the new ES8 strikes a balance between long range and high performance with 0 to 100km/h in 4.9 seconds and NEDC extended range of up to 580km. 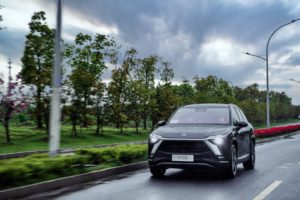 The new ES8 features a revised chassis that is 96.4 per cent aluminium, one of the highest contents in a production car, in order to cut weight and aid performance. The revisions to the chassis, led by engineers in UK, have resulted in an immensely stiff structure delivering 44,140Nm/deg of torsional rigidity for sharper handling and five-star safety.

The new all-wheel drive ES8 offers five driving modes that include performance and efficiency modes as well as the option to individually personalise drive settings. Now with 400W of power, the new ES8 generates a staggering 725Nm of torque from the novel motor set up. Alongside a raft of styling upgrades to create a sleeker appearance and stance, 21” wheels are fitted with Continental’s ContiSeal self-repair tyres, whilst Brembo four piston brakes provide a 100-0km/h stopping distance of just 33.8m. Ride is also improved thanks to a revised active damping system that measures the road surface 500 times per second with a damper adjustment range of 50mm. Safety is assured with the new ES8 featuring 25 active systems.

Inside, an inviting blend of convenience, technology and comfort has been created by the European design team. Four interior colour themes enable 18 colour combinations along with a further ten ambient lighting colours. Sumptuous Nappa leather and a microfibre headlining complement the premium 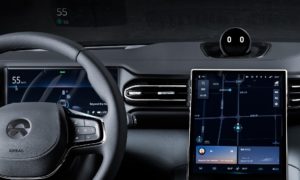 environment with luxurious lounge seating with electric foot and backrest, able to recline 160°. Bristling with technology for convenience and safety, car information is conveyed via 9.8” cluster and 11.3” centre with HUD to minimise distraction. An NFC card key offers easy access with the ability to control key functions as well as have deliveries to the car through smartphone or wearable device. Flexible storage has been extended with 24 storage locations providing 95 litres in the cabin including an armrest cubby that is opened via gesture recognition.  In total, a substantial 1,900 litres of extended storage is available with rear seats folded flat.

The delivery ceremony for the first car was held in Hefei Advanced Manufacturing Centre this week. William Bin Li, founder, chairman and chief executive officer of NIO, delivered the first 2020 ES8 to Mr. Jia. A member of the ES8 Founders Edition, this will be his second NIO car.

The mass production and on-time delivery of the ES8 demonstrates NIO’s efficient operations and manufacturing capabilities at this time. Since NIO was established, we have released three excellent premium smart electric models to our users. And we will continue to improve user satisfaction of services and fulfil our promises as a user enterprise – said William Bin Li.

As of March 31, 2020, with cumulative deliveries of 20,675, the ES8 was the only Chinese model in the top ten sales chart for the luxury SUV class. 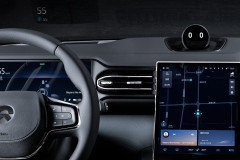 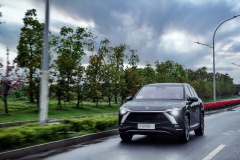 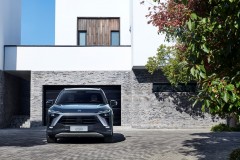 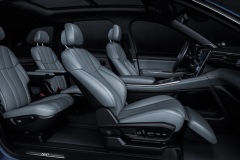 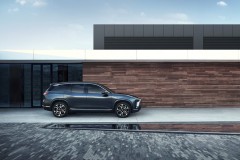 London Electric Vehicle Company (LEVC) backed to work on the 8th June at its Ansty manufacturing facility, protecting staff with over 100 new processes. […]