Inspired by the original café racers of London in the 1960s, which were lightweight, powerful bikes used for short, quick rides between cafés, NAWA Racer builds on these themes, boasting a raft of efficiency benefits that make it perfect for the city, with features other e-motorbikes cannot offer.

Next-gen ultracapacitors: the key to unlocking a hybrid battery 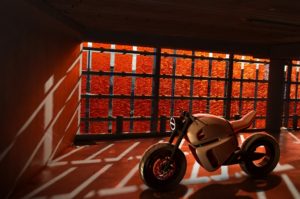 The basis of NAWA Racer’s advantage is the company’s carbon-based ultracapacitors, which charge and discharge in seconds, capable of picking up energy from regenerative braking and supplying it back to an electric motor very quickly. They can do this millions of times over without degradation, offering very fast energy transfer, unlike lithium-ion. But although they have five times more energy storage than existing technology, lithium-ion does still offer greater overall capacity.

By integrating these ultracapacitors into a lithium-ion system, the result is a battery that has much more efficient overall performance, greatly reducing the charge and discharge cycles the lithium-ion battery performs, extending the life of the entire system.

Regardless of electric vehicle, from motorbike to car, the efficiency improvements made by a hybrid ultracapacitor battery system can reduce the size of the lithium-ion battery by up to half, or extend the range by up to double – or a combination in between depending on use. This is especially the case where there is a lot of braking and accelerating, such as in an urban area.

Located in the bike’s top tank area is an arrangement of NAWA Technologies’ own ultracapacitors, known as NAWACap and offering 0.1 kWh, which boost a lithium-ion battery mounted low in the chassis where the internal combustion engine would otherwise be.

Re-using more than 80 percent of the energy captured from regenerative braking – lithium-ion can only re-use 30 percent – NAWACap brings major leaps in efficiency, allowing NAWA Racer to use a much smaller lithium-ion battery than would otherwise be possible: just 9 kWh, around half the size of a conventional electric sports bike’s battery.

The NAWACap pack itself is lightweight too, weighing as little as 10 kg, and combined with the bike’s carbonfibre frame and composite body panels, NAWA Racer tips the scales at just 150kg, a weight saving of 25 percent over conventional electric sports bikes.

This lightweight, compact hybrid battery system results in exceptional range. Thanks to its lithium-ion battery, NAWA Racer can cover 150km on a mixed cycle, including highways. But the city is where it really shines. By capturing so much energy from stop-start riding, releasing it again as acceleration, NAWA Racer can double its range in an urban area, covering 300km between charges. The NAWACap pack recharges in just two minutes and the entire battery can be charged to 80 percent in one hour from a home supply.

Exhilarating performance – at all times 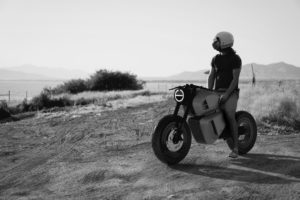 As standard, the hub-less rim motor produces 100PS, rocketing NAWA Racer from rest to 100km/h in comfortably under three seconds, onto a top speed in excess of 160km/h. And no matter the charge level of the lithium-ion battery, this acceleration will always be available because of the ultracapacitor’s high power characteristics, which continually maintain response and performance.

Unlike with a regular fixed battery, NAWA Racer’s NAWACap pack can also be removed and swapped for different levels of performance, allowing riders to tune their bike’s characteristics. NAWA Racer also features a ‘Race’ mode, which gives a boost of ultracapacitor power. This is inspired by the original days of the café racer, when riders would go ‘record racing’ – short, fast rides to an agreed point and back, before a record had finished on the café’s jukebox – and ‘Race’ mode is designed to give the rider the edge on the return journey (or to overtake slower traffic in every day riding). It also features an ‘Eco’ mode, where energy recovery is further maximised.

Intended to turn heads as well as offer a ground-breaking electric powertrain, NAWA Racer brings a modern twist to its retro looks with simple, smooth lightweight composite panels, painted aluminium and copper, based on a strong, stiff but light carbonfibre frame. Details such as LED lighting for the headlight and taillight, anodised matte black suspension forks, nubuck leather saddle in vintage camel and a hub-less rim motor complete the striking look.

For the project, NAWA Technologies has been supported by expert design and engineering services provider Envisage Group, who has worked with NAWA Technologies to develop the design of NAWA Racer and realise a dynamic demonstrator for CES. Envisage focuses on creating bespoke, perfectly-engineered vehicles and products, with a global reputation for craftmanship, working with the world’s largest and most prestigious OEMs and product manufacturers.

Although simply a vision of an electric motorbike of the future for now, NAWA Racer’s hybrid battery system can be applied to all forms of electric vehicle and the technology could go into production in the very near future. At CES, NAWA Technologies is located at Eureka Park, Stand G, Booth 50463, the same stand as the CEA, the French Atomic and Alternative Energy Commission, from which it was spun off in 2013. Visitors are invited to see NAWA Racer and experience its hybrid battery system for themselve

Pascal Boulanger, Founder, Chairman of the board, CTO and COO of NAWA Technologies, said:

Electric vehicles are still limited by the energy their batteries can store and the time it takes to recharge them. A promising solution is to combine lithium-ion with ultracapacitors – but until now they have not had enough energy, been too expensive and lacked the power capabilities to easily integrate them within a hybrid battery system. NAWA Technologies’ ultracapacitors offer the complete solution, the lowest internal resistance – allowing DC/DC converter-less integration – and lower cost. Taking performance, range, efficiency, weight and charging time to new heights, this system is also more environmentally-friendly. Our ultracapacitors are based on carbon, which is naturally occurring and abundant, so our hybrid packs also reduce the need for lithium mining.”

The NAWA Racer is our vision for the electric motorbike of tomorrow – a retro-inspired machine, but one that is thoroughly modern. It is lightweight, fast and fun, perfect for an emission-free city commute that will put a smile on your face. But it also lays down a blueprint for the future. NAWA Technologies’ next-gen ultracapacitors have unleashed the potential of the hybrid battery system – and this design of powertrain is fully scale-able. There is no reason why this cannot be applied to a larger motorbike, or car or other electric vehicle. And what is more, this technology could go into production in the very near future.

NAWA Technologies’ core market is the production of its next-generation ultracapacitor cells. With development completed, and 10 M€ funding already raised from historical and new investors, NAWA Technologies begins the mass production phase over the coming year. A first of its kind cell production line will be installed at its Aix-en-Provence facility and, at full production, NAWA expects to achieve a capacity of in excess of 300,000 cells per month.

These will be first used globally in a wide range of electrical systems including power tools, automated guided vehicles and sensor based IoT markets. With the global market for ultracapacitors estimated to grow to €2-3bn in 2023, NAWA Technologies is ideally positioned to take advantage of increased demand. 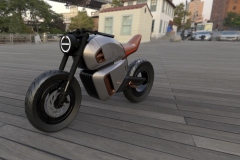 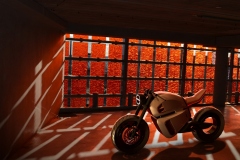 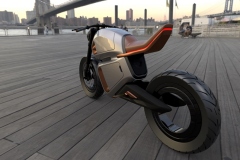 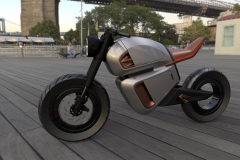 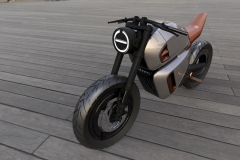 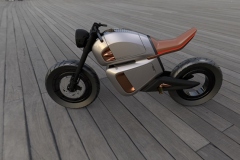 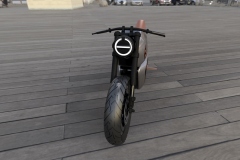 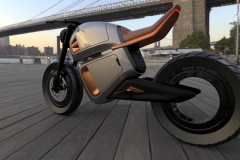 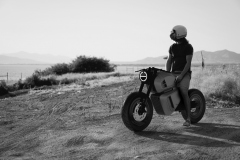 MotoE: Aegerter sign the E-Pole at Jerez, with Ferrari and Tulovic that complete the front row