Greenline launched at Boot Düsseldorf 2020, its 5G H-Drive, the latest version of its hybrid drive system with flexible battery add-ons.

Greenline’s relentless focus on sustainable boating saw the roll out of its all-electric E- Drive system across the entire range with electric-only boats being sold to countries across the network including Monaco, Hungary and the United States.

Another trend emerged with an increase in the number of large boats in the range sold, many with a very high specification. Though Greenline is focused on sustainability, its ability to produce eco-friendly boats with cutting edge styling, luxury and the creature comforts expected of a modern cruising yacht is what sets the brand apart. 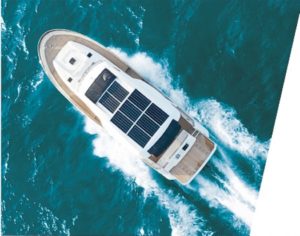 2019 was a big year for Greenline, which saw the launch of two brand new models and, in the NEO, an entirely new range that successfully catapulted the Slovenian shipyard into a sector of the market it had not competed in before. The 48 Coupe was also launched, as was the all-new 45 Fly, a star of the 2019 Cannes Yachting Festival.

This influx of new models and significant expansion in North America, which now demands 30% of total production, saw overall growth over 25% compared to 2018 from €18.2 million to €23.1 million.

In early December, Keith Miller was employed as Vice President Sales North America. Formerly of Sea Ray, Keith brings a wealth of experience and will be looking to capitalize on Greenline’s success in North America, using his extensive knowledge of the market as he takes responsibility for sales in this region. 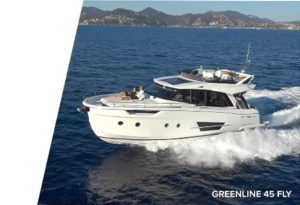 North America’s appetite for Greenline ́s industry-leading hybrid technology established a trend that was mirrored globally for the brand in 2019. In the US, 90% of boats sold to the region were equipped with H-Drive hybrid technology and, worldwide, an increase of hybrid adoption from 43%-49% from between 2018 and 2019 demonstrates a clear path towards a more sustainable style of cruising.

To this end, 2019 saw the opening of an all-new production line at company headquarters in Begunje specifically for the 45 and 48 to help meet demand for bigger boats in the range.

Depending on the model, customers can upgrade to up to three additional batteries to more than double the current available cruising range using just electric power.

2020 is set to be another exciting year for the shipyard, which will see investment in production efficiency and hybrid technology and two brand new models by the end of the year. 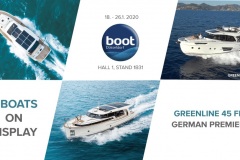 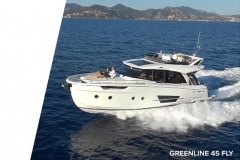 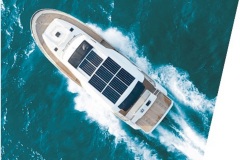 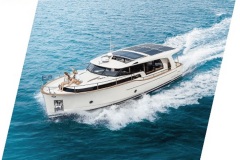 The foiling Candela Seven is the world’s longest-range electric speedboat and it made its show debut at Boot Düsseldorf 2020. […]

DutchCraft, the sister company to Zeelander Yachts, has unveiled the first unit of its DC25 full electric, carbon fiber tender at Boot Düsseldorf 2020. […]