The electric folding bicycle Peugeot EF01 has been awarded by the French Institute of Design during the ceremony held on 17 December at the Quai d’Orsay in Paris. 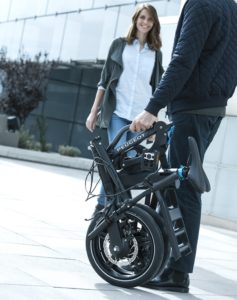 The jury was convinced by the “last kilometre” mobility concept of the bicycle, the simplicity and rapidity of its folding mechanism allowing users to cover the last kilometres of their journey once their car is parked and its value for money. The designers at the Peugeot Design Lab studio imagined this folding system and the optimal compactness of this bicycle to facilitate its multimodal use.

It is the second award received by the Peugeot EF01 electric-assist folding bicycle since its market launch in September 2017. 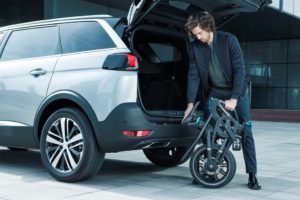 The bicycle can be charged either in the boot of a moving car or via a normal plug. It has an autonomy of up to 30 kilometres and a speed of 20 km/h. Its disc brakes ensure optimal safety. Its price is €1,999 (incl. tax).

We are immensely grateful to receive the Janus Industry Award. Peugeot created its first folding bicycle over a century ago, and improving on over 100 year of innovation was one of the greatest challenges we have ever taken on. Combining electrical assistance and a radical folding mechanism allowed us to create a vastly improved user experience for multimodal urban cycling – declared Cathal Loughnane, Director of Peugeot Design Lab. 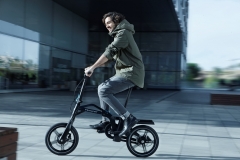 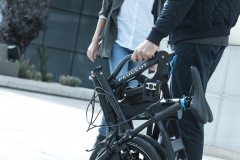 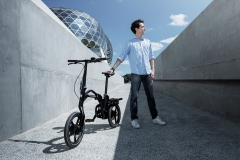 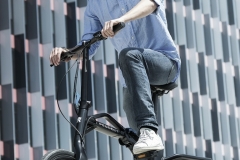 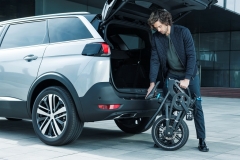 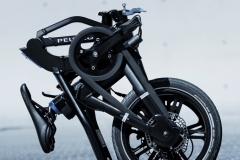 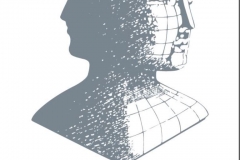