The transit company Metbus from Santiago added 150 new BYD electric buses as part of the push for electrification in the Chilean public transport system.

Metbus currently has the largest fleet of electric buses in the Americas, these buses will be incorporated in services that run through Avenida Bernardo O’Higgins, known as the Alameda, the historic central avenue in the Chilean capital. 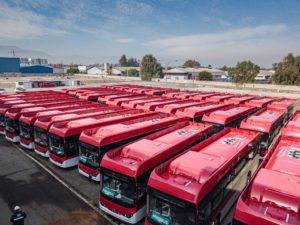 RED Mobility is the standard implemented by Chile’s Ministry of Transportation in late 2018, which seeks to establish a new level of quality for city transport, which also began with the launching of the first 100 BYD buses in Chile. Its final objective is the total electrification of public transportation by the year 2040.

This process of continuously improving public transportation is a direct benefit for the people. Since last year, the gradual increase in the circulation of high-standard buses in Greater Santiago has improved the service quality as well as feedback from users of the city’s public transit system. We will continue to incorporate more changes in this direction with the next tenders and with the extension of the network to other cities – highlighted the Minister of Transportation and Telecommunications, Gloria Hutt. 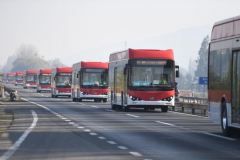 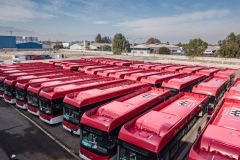 The BYD-ADL partnership delivers 36 electric buses to London and transforms the RATP Dev Shepherd’s Bush garage in West London. This transformation of the historic London garage makes it an advanced and intelligent operating center […]