In 1994 Daimler-Benz AG introduces the NECAR with the name stands for “New Electric Car”. The electric current for the drive engine is generated by electrochemically converting hydrogen, the only by-product of which is water.

An entire series of other NECAR vehicles follows. The Mercedes-Benz GLC F-CELL, for example, incorporates the latest technology in a hybrid version (combined hydrogen consumption: 0.34 kg/100 km, combined CO2 emissions: 0 g/km, combined electrical consumption: 13.7 kWh/100 km*), which customers already use to get where they are going on an everyday basis.

25 years ago, the surprise is nothing short of perfect as Daimler-Benz AG invites the international press to Ulm on 13 April 1994. To the amazement of the journalists, however, they are not presented with the recently expanded research centre but instead with an innovative vehicle that features energy converting fuel cells designed to operate under everyday conditions. 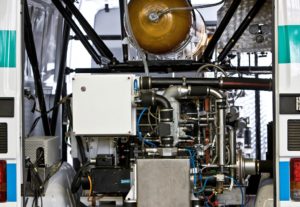 NECAR – or “New Electric Car” – is the name of the research vehicle based on the Mercedes-Benz MB 100 transporter. At the time, the vehicle already has several thousand kilometres on the clock as it has been driving trouble-free on Germany’s roads with the revolutionary electric drive system since December 1993. Later on, it is termed the NECAR 1 to distinguish it from the following vehicles that are part of the project.

Almost a quarter of a century after the premiere of the NECAR, the Mercedes-Benz GLC F-CELL makes its debut at the International Motor Show (IAA) in Frankfurt am Main in September 2017. The vehicle is launched on 13 November 2018 and subsequently handed over to customers to be used as a daily driver.

NECAR 1 is the starting point

In 1994, NECAR 1 is still a far cry from achieving a range in excess of 450 kilometres as is the case with the GLC F-CELL. The vehicle’s fuel cell drive can cover a distance of up to 130 kilometres on a single tank of hydrogen. The top speed is 90 km/h, and the electric engine has a rated output of 30 kW (41 hp). The sizeable everyday potential of the new 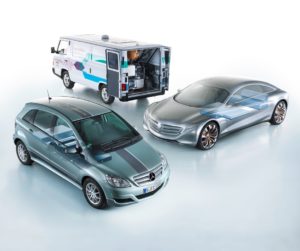 highly advanced technology from Mercedes-Benz research is already quite clear, however. The MB 100 is picked as the test vehicle because major assemblies and fuel tanks still require a great deal of space (they occupy almost the entire load compartment).

The next steps to take come quickly: in 1996, the NECAR 2 (45 kW/61 hp, 110 km/h, range 250 km) based on the V-Class production model is introduced. The fuel cell power plant is located below the short bonnet, and the hydrogen tanks are fitted on the roof to provide enough space for six passengers. In 1997, the NECAR 3 is launched based on the A-Class model (45 kW/61 hp, 120 km/h, range 400 km). It is fuelled with methanol; hydrogen is produced for the first time by an on-board reformer.

The NECAR 4 (55 kW/75 hp, 145 km/h, range 450 km), which is based on an A-Class, offers space for five people including luggage in 1999. The now liquid hydrogen is contained in a cylindrical tank at the rear of the vehicle, thereby offering even more usable space for passengers. The NECAR 4a (the “a” stands for “advanced”) takes a decisive step toward series production: boasting even better technology and three pressurised, rear-mounted hydrogen tanks, it is used for practical testing in California starting in 2000, where intensive field and driving tests are performed under everyday conditions using a fleet of 15 vehicles up to 2003.

In 2000, Mercedes-Benz unveils the NECAR 5 (55 kW/75 hp, 145 km/h, range 400 km). Like the NECAR 3, it carries a hydrogen reformer on board. The entire fuel cell technology pack is significantly smaller and lighter, however, and can be fitted into the sandwich floor of the A-Class. This makes it possible to reserve all of the interior space for passengers and luggage. 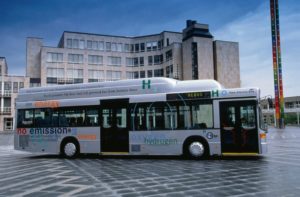 The Mercedes-Benz NEBUS O 405 N – the “New Electric Bus” introduced in 1997 – introduces fuel cell technology to the commercial vehicle sector for the very first time. The hydrogen fuel supply is stored in seven fibreglass-encased aluminium tanks on the roof. One tank of fuel can cover 250 kilometres, which is sufficient to meet the everyday workload of an urban bus. In 2003, the first 30 fuel cell-powered urban buses rated to 150 kW (204 hp) enter service in European cities; similarly equipped buses are subsequently found all over the world. In 2001, Mercedes-Benz uses the Sprinter as a fuel cell variant (55 kW/75 hp, 120 km/h, range 150 km) to showcase the technology as deployed in a van.

2005 sees Mercedes-Benz unveil the F 600 research vehicle HYGENIUS (85 kW/115 hp, 140 km/h, range 400 km) at the 39th Tokyo Motor Show. The new fuel cell is 40 per cent smaller than in previous systems, yet it is significantly more efficient and powerful.

Enter the B-Class F-CELL for everyday use

The fuel cell drive finally enters (small-scale) series production in 2010. Since then, the Mercedes-Benz B-Class F-CELL (100 kW/136 hp, 170 km/h, range 385 km) has been used on an everyday basis by customers in the European and American markets. The total mileage of the Daimler fuel cell fleet, which combined with a large number of research vehicles that currently exceeds 300, has long surpassed the twelve million kilometre mark. The F-CELL fleet amassing some 70 vehicles in the USA alone has already covered a total of more than 3.2 million kilometres, or 2 million miles. 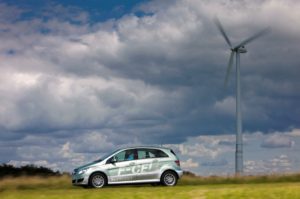 On 29 January 2011, the 125th birthday of the automobile, the “Mercedes-Benz F-CELL World Drive” programme kicks off in Stuttgart to formally mark the starting point for the first circumnavigation of the globe using cars powered by a fuel cell drive. To this end, three Mercedes-Benz B-Class F-CELL vehicles travel through 14 countries spread out over four continents to cover a total distance of around 30,000 kilometres. The F-CELL World Drive is also intended to draw attention to the need for an expansion in the global hydrogen infrastructure to facilitate the widespread use of locally emissions-free fuel cell vehicles.

In 2011, Mercedes-Benz also showcases the F 125! research vehicle as the highlight of the 125th anniversary of the automobile. At the heart of the drive system is a much more powerful and advanced fuel cell system from Mercedes-Benz that also integrates plug-in hybrid 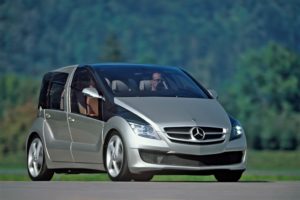 technology. The total range of this electric hybrid system rated to 200 kW (272 hp) is 1,100 kilometres, approximately 200 kilometres of which can be driven using the powerful and compact high-voltage battery, while the remaining 900 kilometres are driven using electricity generated by the fuel cell. Another impressive performance figure is the top speed of 220 km/h.

A forward-looking production vehicle that can be used every day and that was developed on the foundations of a dedicated tradition of research and development for fuel cell technology: the current Mercedes-Benz GLC F-CELL is both an evolution and a revolution.

This pre-production model is the world’s first fuel cell plug-in hybrid – affirms Ola Källenius, Member of the Board of Management at Daimler AG and Head of Group Research and Mercedes-Benz Cars Development, at the opening press conference at the IAA in 2017.

The car can travel well over 400 kilometres with hydrogen alone. The battery further boosts the range by some 50 kilometres. The GLC F-CELL proves how suitable the combination of battery and fuel cell technology is when it comes to everyday use.

The market launch of the vehicle is scheduled for 13 November 2018.

* Information on fuel consumption, electrical consumption and CO2 emissions is provisional and has been determined by the German Technical Service Corporation for the certification process in accordance with the WLTP test procedure and correlated with NEDC figures. The EC type approval and conformity certification with official figures are not yet available. There may be differences between the stated and official figures. 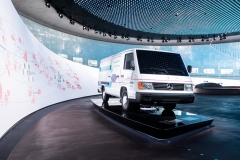 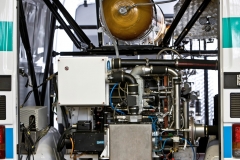 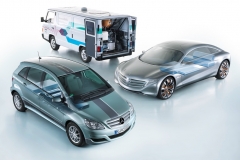 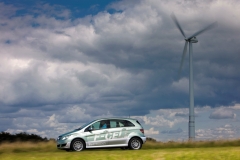 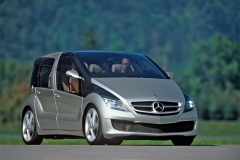 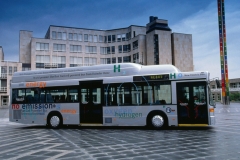