The Mercedes Benz 190 E Elektro has been shown as a premier at the Hanover Fair in May 1990 and included five seats and Mercedes safety features.

Ten of this cars has been tested from 1992 in a project on the German island of Rügen in the Baltic Sea. 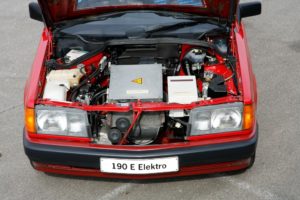 Mercedes-Benz EQ stands for electric vehicles made by the brand with the famous star. The vehicles are designed on the basis of the latest developments in areas such as electric motors, power electronics and rechargeable battery systems because these technologies have progressed in leaps and bounds in recent years. Direct comparisons with earlier individual experiments in electromobility are, as a result, difficult. Nevertheless – or perhaps precisely because of this – a glance back into history opens up many fascinating stories.

The Mercedes Benz 190 (W 201) exhibited in May 1990 converted to electric drive, has been in the innovation market section at the Hanover Fair.

In this way, the Mercedes 190, which in terms of length and weight comes closest to the requirements of an electric vehicle, is an ideal battery test vehicle. The main objective is to assess the functional suitability of all the components in realistic situations with all the vibrations, accelerations and temperature fluctuations experienced in everyday operation – explained the brochure issued at the time. 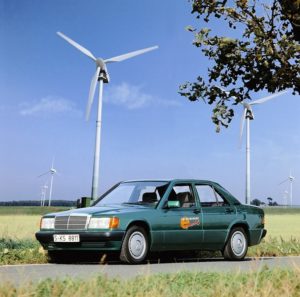 The electric 190s were used to test different drive configurations and battery systems. The energy storage devices tested were mainly sodium-nickel chloride or sodium-sulphur high-energy batteries which had a significantly higher energy density than classic lead batteries. However, the working temperature of both systems was around 300 degrees Celsius. The group expressing the greatest interest at this industrial fair were representatives of the trades.

There was a considerable shift in this just under a year later, when, in March 1991, Mercedes Benz displayed a more advanced vehicle in the context of the internationally orientated Geneva Motor Show. The press kit explained the 190 with the electric drive in detail and listed two important benefits:

The car is still a fully-fledged five-seater with almost unchanged effective space and with tried-and-tested Mercedes Benz safety features.

Each of the rear wheels of the vehicle presented in Geneva was powered by its own DC motor energised by permanent magnets with a peak power of 16 kW (22 hp) each, so the total power output was 32 kW (44 hp). Energy was supplied by a sodium-nickel chloride battery, and regenerative braking returned energy to the power pack during braking actions. A particular advantage of the concept was the elimination of weight-intensive mechanical components, so the additional weight compared to a series-production vehicle with a combustion engine was only 200 kilograms.

The issue of electric cars experienced an upswing at that time as a result of the laws passed in California, for example, to introduce zero emission vehicles. Mercedes Benz was not the only manufacturer to take steps in this direction. From 1992 onwards, some of the results were seen on the German Baltic Sea coast: a large-scale field trial was conducted on the island of Rügen and continued through to 1996. The German government funded the project to the tune of DM 60 m. The aim of the exercise was to test electric vehicles and energy systems including their batteries in everyday practice. A total of 60 passenger cars and vans of several brands were involved.

Among other things, Mercedes Benz sent ten W 201 model series saloon cars, which had previously been fitted by hand with drive components in various electric motor-and-battery combinations in Sindelfingen, to Rügen. Special recharging stations using solar collectors were available during the field test with a view to testing the environmental concept in a consistent manner because only electricity from renewable sources can be considered completely CO2 neutral.

100,000 kilometres in one year with an electric test vehicle

The pioneering 190s were driven by test participants on the island of Rügen: these various individuals, including taxi drivers, used them in normal everyday life. There were hardly any problems – the W 201 cars went about their work completely inconspicuously and reliably. One of the vehicles was used particularly intensively and achieved a peak usage rate of around 100,000 kilometres in one year. 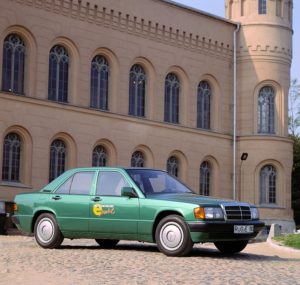 In the following years Mercedes Benz applied the electric drive concept to other passenger cars.

The question remains as to why electric vehicles are only now becoming established and why they did not take off on the basis of the projects of that time. Battery service life, range, recycling, charging infrastructure and vehicle price are quoted as just some of the keywords in a Mercedes Benz press release from spring 1991 as challenges faced by e-mobility on the way to series production. Many of the answers to these questions have only become available today, as can be seen by the range of hybrid vehicles offered by Mercedes Benz and, of course, the EQ electric brand. Projects like the 190 with the electric drive have helped to provide these answers. All the knowledge gleaned by the experts in the 1990s has contributed to the comprehensive knowledge pool of vehicle development on which engineers draw in developing today’s vehicles. In addition, some of the engineers that worked on the W 201 with the electric drive are still active in the company’s electric vehicle development and are thus involved in the latest projects. This innovation movement can only go in one direction: forwards to bring the future into the present. 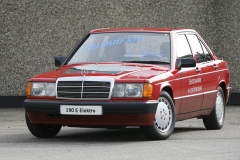 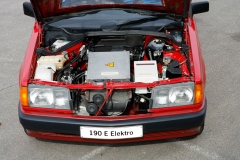 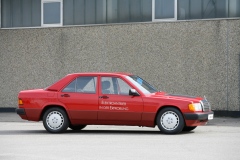 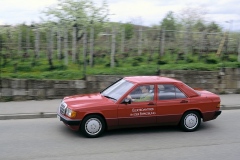 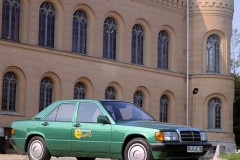 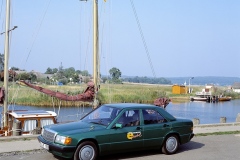 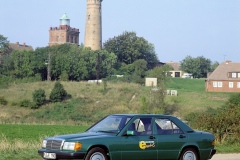 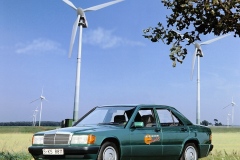 The Supercar Aspark OWL was been unveiled in the last Frankfurt Motor Show. At this moment it was only a concept but with the idea of ​​continuing with a development program to became a production […]