Just few people remember, but Electric Motor News is a sort of historical memory and can testify that the Opel Corsa competed with good results in the 1992 electric car races.

The car was set up by Luigi Bovone, a driver from Chiavari who had previously raced in Rally with Antonella Fava as a codriver and who since the early nineties has competed in the new category of electric cars with excellent results, to the point of winning on two occasions the FIA ​​World Championship in its category. 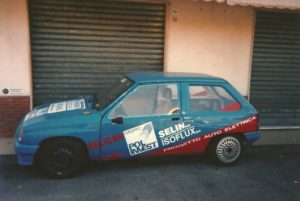 The Opel Corsa was originally equipped with a 10 kW stepping motor and 60 volts rated voltage, but Luigi Bovone himself – contacted by Electric Motor News – reported that the voltage was increased to 120 volts in the race.

The engine was supplied by Isoflux from Asti, a company that later became part of the ABB Servomotors Group.

The electric Opel Cosa debuted in the Grand Prix 4e of 1992, organized in Genoa by the magazine Quattroruote in the context of the celebrations of the 500th anniversary of the discovery of America. 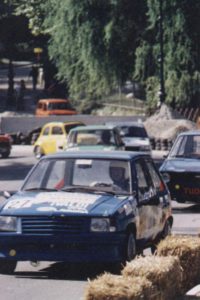 On the occasion of his debut, Luigi Bovone with his Opel Corsa finished second, while he still went to the podium in third place in the Turin race, which took place in the Parco del Valentino, to which one of the photos refers where you can see the Opel Corsa in the lead on the first lap of the race, where he reach the third position.

The nominal current of this car was 170A, but obviously as usual in the race the amperage was increased up to almost triple, and the same Luigi Bovone confessed to us that they were pulled up to 400A.

The Opel Corsa “made by Luigi Bovone”, mounted a lead battery pack from the Bergamo company Vipiemme with 360 kg, 80 Ah and 120 Volt with a total weight of 1000 kg, with five-speed gearbox and engine directly keyed on the same gearbox .

Almost all the batteries were placed under the seats and in the engine compartment, with a 60% weight distribution on the front and 40% on the rear.

Regarding the bodywork, to lighten the overall weight, the doors, the tailgate and the bonnet were made of fiberglass, while the side windows were made of plexiglass. 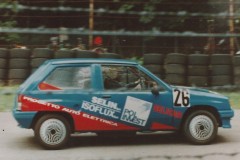 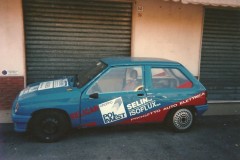 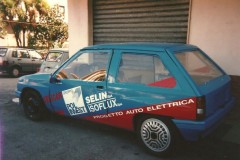 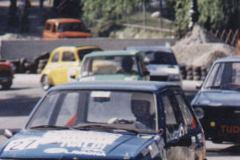 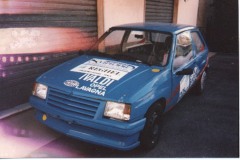 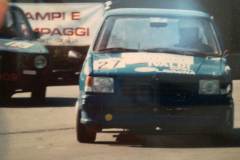 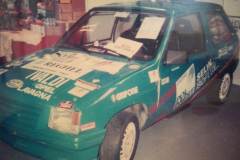 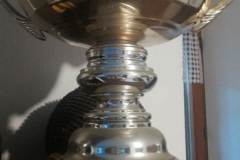 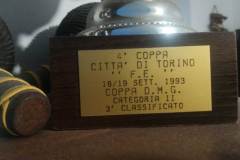