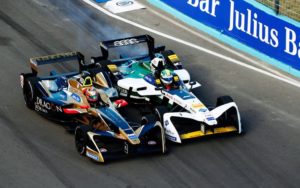 Just two laps into the race, Mahindra Racing’s Nick Heidfeld retired at the start of lap 2 due to technical issues, pulling over at the side of the track. Once the Qualcomm Saftey Car had been called out and Heidfeld’s car had been retrieved, play continued.

Coming wide through Turn 13, Sebastien Buemi drifted into the wall, breaking his rear axle, leaving him defenceless in sixth. With the problem worsening, he made for the pits, switching cars and joining the back of the pack.

Di Grassi, who started the race in second, continued to hunt down Vergne in the lead. After a miserable start to the season, Di Grassi said: “we have nothing to lose, so we can be as aggressive as we want” in the pre-race press conference.

After switching cars on lap 20, di Grassi failed to catch JEV in the pit stop, following him out of the pits and continuing his pursuit on full attack.

Despite starting at the back of the grid (in 16th), following a penalty for his car’s weight distribution during Qualifying and Super Pole, Panasonic Jaguar Racing’s Mitch Evans worked his way through the traffic to climb to 6th place. Jostling with Mahindra Racing’s Felix Rosenqvist, Evans’ determination paid off after he managed to pass the Swede on lap 29.

On lap 23, Daniel Abt was forced into the pits after failing to secure his seatbelt, losing precious time and – crucially – any chance of a podium finish. 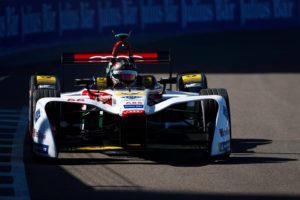 Up at the front, di Grassi continued to wage war on JEV in a determined drive, pushing to overtake on several occasions. Just two laps from the end, DS Virgin Racing’s Sam Bird caught di Grassi in a last minute effort to take second. Together, all three drivers kept it close to the end of the race – retaining their respective positions.

With just one lap to go di Grassi tried one last time but Vergne’s defence proved too much for the Brazilian, who had to settle with second place.

Clinching the chequered flag for the second time this season, JEV crossed the line with di Grassi close behind and Sam Bird in third.

“Yeah, I think I need a glass of vodka right now,” said JEV still coming to terms with his victory. 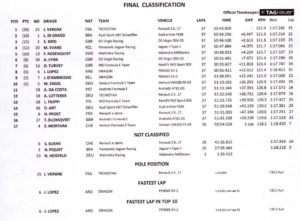 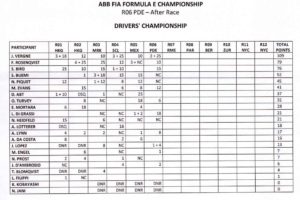 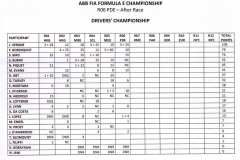 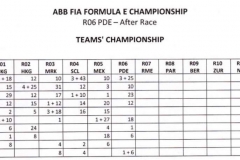 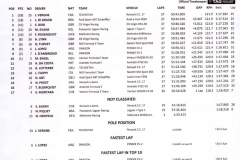 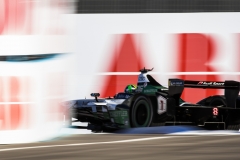 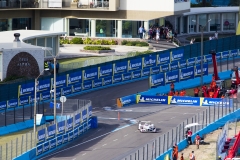 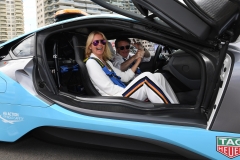 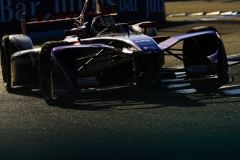 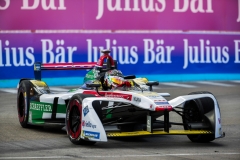 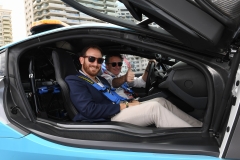 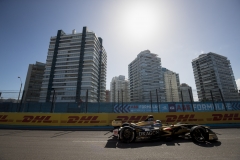 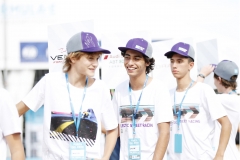 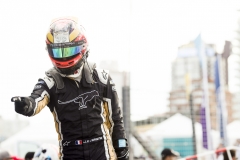 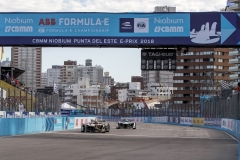 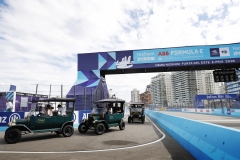 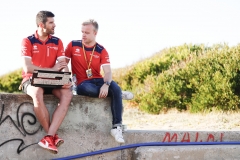 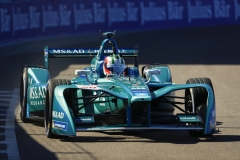 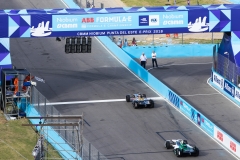 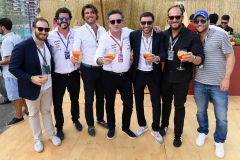 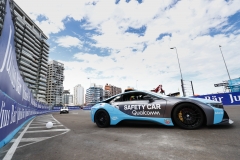 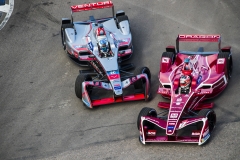