Michaël Benyahia will do the Formula E rookie test of Marrakesh with Venturi and Colton Herta will try with Team Andretti.

Moroccan pilot Michaël Benyahia will participate in the Marrakesh Rookie Test with the Venturi Team on January 14th.

The 17-year-old local champion is the current champion of the Northern European Cup of Formula Renault 2.0, has 46 victories in go-kart and has won six podiums in the French championship of F4.

In 2015 he joined the prestigious Autosport Academy of the French federation of motor sports, the FFSA, and in 2016 he was selected to race in the French F4 championship, where he finished third.

Michaël Benyahia is the youngest driver registered for the Rookie Tests. He has been with the Formula E Venturi team for three months working specially in the simulator, where he prepares for competitions with the technical staff. Michaël also takes part in the Formula E meetings, to refine his knowledge of the discipline. On 14 January 2018 he will drive the Venturi car for the second time, having taken the wheel for the first time at the Valencia circuit in Spain last October.

I am pleased to offer Michaël Benyahia the opportunity to drive again and also at home, which reflects my commitment to support Michaël in its professional development – said Gildo Pallanca Pastor, President of Venturi Formula E Team.

I am well aware of the possibility I am being given, the Formula E championship is growing exponentially, so it is rare to find a seat and I will do all I can to repay the trust that Gildo Pastor and his teams have placed in me – said Michaël Benyahia, development pilot of the Venturi Formula E Team.

Ambassador of the Sport of Morocco

Michaël Benyahia is the youngest ambassador of Moroccan motorsport. The Formula E World Championship is scheduled in Marrakech the day before Michaël’s test drive on January 13, 2018.

The race and the Rookie Test are two important events for the young man and his compatriots, with their fast-growing country in the renewable energy and automotive sectors.

Colton Herta, driver of Team Andretti-Steinbrenner Racing in Indy Lights will have his first chance in Formula E in the rookie test in Marrakech, where he will make his debut in Formula E with MS&AD Andretti.

I was very excited when I got the call and I have to thank the MS&AD Andretti Formula E for the opportunity – said Herta. It’s the best Christmas gift I could have.

Herta is back from a successful rookie campaign at Indy Lights, where he won races in St. Petersburg and Barber Motorsports Park, and has won seven pole and seven podiums to reach the third place in the 2017 championship.

I think Colton was really impressive in his first season of Indy Lights and he is not yet 18 – said Andretti Formula E. CEO Michael Andretti. We are very excited to see what he can do in our Formula E car. He is one of the future stars in open wheel racing and can be a real asset for Marrakesh’s rookie test. 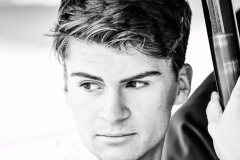 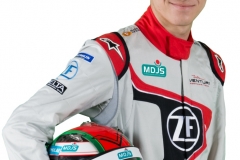 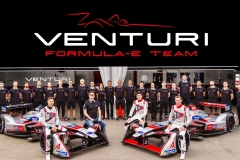