The first tests on the track for the Cupra eRacer electric touring car confirm the successful integration of the batteries with the rest of car’s elements. 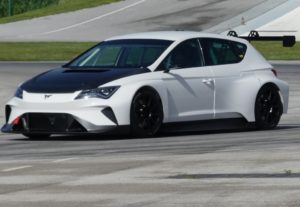 During the first test on a race track that has been made in Zagreb (Croatia) has been tested the integration of the electric battery pack with the rest of the vehicle for the first time.

Every electrical, electronic, battery, cooling and propulsion system had previously been tested individually. All the elements were integrated for the first time and their operation tested together on the track in Zagreb, with very optimistic results for the Cupra team.

During the days of testing, the heat conditions of the track confirmed that the Cupra e-Racer is ready to tackle the challenges of competition. The initial tests yielded very positive conclusions. 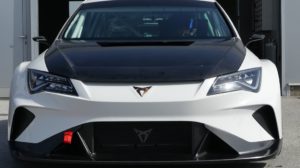 The battery pack on this fully electric touring racecar is made up of 6,072 round cell batteries, which is equivalent to a battery for 9,000 mobile phones. With these figures, the range of the e-Racer makes it perfectly compatible to compete on the new E-TCR (Electric Touring Car Races).

The data compiled in these tests will be used to continue adjusting the systems, enabling the next step to be focussing on the vehicle’s performance. 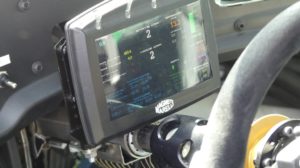 Seat Vice-president for Research and Development Dr. Matthias Rabe affirmed that “with the CUPRA e-Racer we want to bring racing to the next level. With this we can proof that we can reinvent motorsport and achieve success. Motorsport is one of the pillars of Cupra, and we are proud of the team that is making this electric touring racecar possible”. 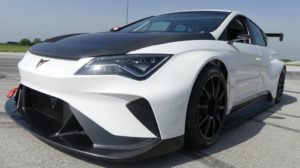 Cupra is a special brand for unique people designed to captivate customers looking for what the new brand has to offer: Uniqueness, Sophistication and Performance. The time has come for car lovers to get involved with a new brand that meets their expectations. Along with the launch of new models, CUPRA will also keep the motorsport and racing spirit alive by participating in the TCR series.

The CUPRA world is alive and ready to conquer a new group of enthusiasts in more than 260 specially selected Seat dealerships all across Europe. 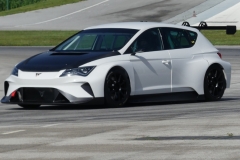 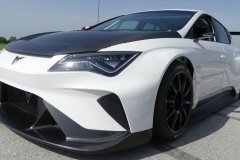 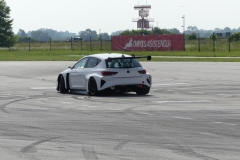 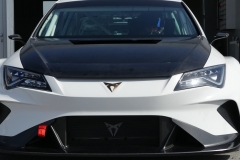 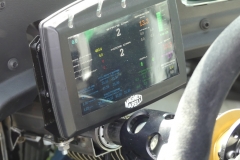