The second running of the GP Ice Race in Austria’s Zell am See, shown a spectacular drifts on ice and snow, with Audi racing drivers thrill fans.

Hildegard Wortmann, member of the Board of Managament responsible for marketing and sales, was present and joined René Rast in the Audi RS 5 DTM as well as Stig Blomqvist in the Audi Sport quattro for several fast laps.

It was an impressive experience – she said. It was great to see the enthusiasm of the many fans at the circuit, they were treated to a tremendous show: a unique event that connects the history, the present and the future of motorsport.

After the traditional ice race in Zell am See had celebrated a revival after 45 years last year, Audi racing drivers again treated spectators to an enthralling show. Daniel Abt turned several spectacular laps on snow with his Audi e-tron FE06 from the FIA Formula E and pulled the freestyle ski ace Benedikt Mayr on a rope, in

Bene is a professional skier, I drive race cars, so we had the idea to do something together here again – said Abt. Over time, this event with exciting racing cars from several marques and eras has turned into a hot spot of the motor racing scene. The drivers spend a great day together, there’s no competition pressure, and we give the fans a great show.

After we had adjusted the setup for the soft, deep surface and to the special tires, my run in the DTM-Audi over snow was huge fun for the fans – reported Rast.

The spectacular display of the Audi brand was made perfect thanks to Stig Blomqvist. The former Audi factory driver, who won the World Rally Championship in 1984 in an Audi, piloted the historic Audi Sport quattro. Benoît Tréluyer drove another classic: in the skijoring event, the 2012 FIA World Endurance Champion towed the 1987 slalom World Champion Frank Wörndl with a historic DKW F91. Wörndl was on Willy Bogner’s original 1960 Olympic skis. 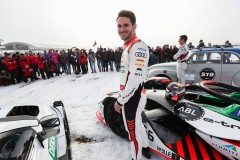 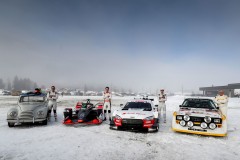 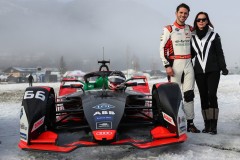 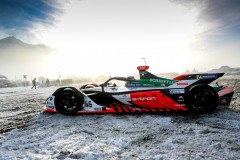 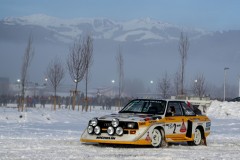 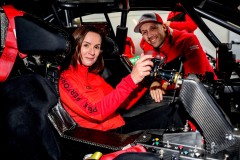 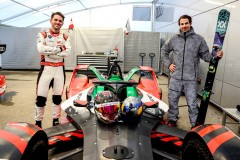 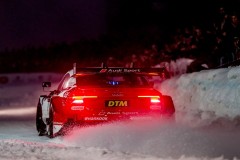 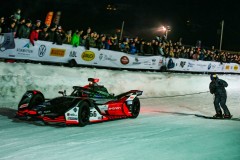 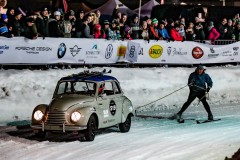 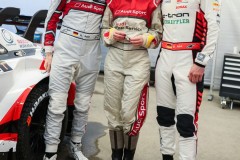 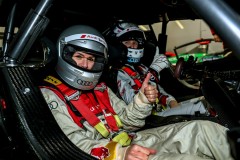