Sam Bird join the Extreme E Programme and he is the latest top driver announced to participate in the off-road electric SUV motor racing series.

The Brit currently plies his trade in Extreme E’s sister championship, ABB FIA Formula E, where he has been a race-winning fixture since its inaugural 2014-15 campaign.

The Extreme E adventure caught Bird’s eye from the off, and with the launch of the series’ E-SUV – ODYSSEY 21 – back at the Goodwood Festival of Speed in July 2019, followed by its subsequent Dakar Rally outing early this year. 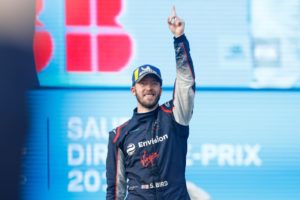 Bird is well-versed in electric motorsport but he sees the ODYSSEY 21, and the challenge thrown up by the Extreme E calendar, taking in many locales yet to hold a motor racing event of any kind, as something else entirely.

The ODYSSEY 21 looks like a bit of a monster – said the 33-year-old. I’m expecting top-level performance given the numbers, and having seen footage from Dakar earlier this year, it looks like that’s what we’ll get. I’ve spent a lot of time in Formula E, so I’m not new to EVs in motorsport but this E-SUV will be a different kettle of fish.

It’s a unique car and a unique series, so naturally there’ll be a period of adaptation and a learning curve, especially as I’ve very much been a circuit racer through my career to-date. It’ll be exciting to get to grips with and I’m a fast learner!

There’s nothing quite like Extreme E out there at the moment – Bird added. The opportunity to be a part of a pioneering new championship is an exciting prospect and is the series’ major attraction for me. Its relevancy in terms of raising awareness of the issues the planet faces and driving solutions to those problems is also incredibly important.

Climate change is the largest threat we face and if we don’t act now, the Earth will be a very different place for our kids and grandchildren. As it stands, future generations may not have the chance to see and experience the world as we have, which is a difficult sentiment to come to terms with – and that’s something we can help change with positive action. 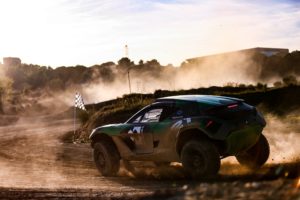 Bird joins a number of Formula E stars past and present on the programme’s roster, with Nelson Piquet Jr., Lucas di Grassi, Andre Lotterer, Bruno Senna, Daniel Abt, Antonio Felix Da Costa and Jérôme d’Ambrosio in the fold alongside the likes of title-winners such as Sebastien Ogier, Jamie Chadwick and Timmy Hansen.

Further sporting and partnership announcements will be made in the coming weeks and months ahead of Season 1’s launch in Dakar, January 2021.