In a Formula E crazy race under the rain, Robin Frijns persevered through tricky weather conditions to cling on to victory in a frantic race on the streets of the French capital. 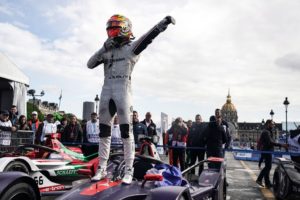 With a slippery surface, damaged front wing and numerous restarts to contend with, Frijns managed to hold position and stay ahead of Andre Lotterer – who again had to settle for second place.

It’s a first-ever win for Frijns in Formula E and extends the list of consecutive different race winners to eight. Still without a repeat winner this season, Frijns jumps to the top of the ABB FIA Formula E Championship – one point clear of Lotterer, courtesy of an extra point for setting the fastest lap.

Frijns – who lined-up third on the grid – moved to the front of the field following mistakes and misfortune from both Nissan e.dams cars in the early phase of the race. After the cars were released behind the BMW i safety car at the start due to wet conditions, Oliver Rowland crashed out of the lead – locking-up and hitting the barrier at Turn 10. 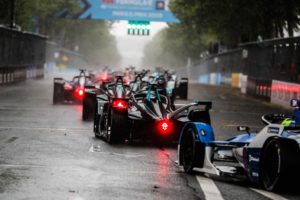 Rowland recovered and dropped down the order to last place, while team-mate Sebastien Buemi suffered a puncture and pitted for a tyre change – gifting the lead to Frijns. However, it wasn’t such plain sailing for the flying Dutchman, with stoppages to clear the track halting any chance of pulling a gap.

With multiple Full Course Yellows and one safety car period, the leading group were kept in close proximity until the chequered flag, putting a first win tantalisingly within reach of Lotterer.

Daniel Abt rounded-out the top-three positions, earning his second appearance on the podium this season. Audi Sport ABT Schaeffler team-mate Lucas di Grassi finished a place further back in fourth – ahead of Maximilian Gunther for Geox Dragon with a career-best fifth in Formula E.

Reigning champion Jean-Eric Vergne wasn’t able to replicate last season’s success on home soil and could only manage to collect eight points for sixth. Antonio Felix da Costa was next over the line in seventh for BMW i Andretti Motorsport, one place in front of HWA RACELAB’s Gary Paffett in eighth.

Felipe Massa – who was running as high as third – avoided damage after spinning on the exit of Turn 2 and added to VENTURI Formula E Team’s points haul in ninth. Mahindra Racing’s Pascal Wehrlein completed the top-10, despite losing Julius Baer pole position and starting last on the grid due to not respecting the minimum tyre pressures in qualifying.

Formula E now returns to the famous streets of the Principality for round nine of the ABB FIA Formula E Championship on May 11 and third instalment of the voestalpine European races in Monaco.

The last thing you want in a race is rain and it was very slippery for everyone – everybody went off at some point. I crashed as well, so it was very tricky conditions and difficult to know what the rain would do to the track. You’re surviving really and knowing that you’re leading, you’re the first car and anticipating the grip in the corners. Andre was behind me and he was waiting for me to make mistakes. So, the pressure was on all race long. I didn’t have much time to rest, only during Full Course Yellows, but it was definitely one of the toughest races.

It was a good start and we managed to avoid many things. At the beginning I thought – ok, we can do something because I was quite good in the morning in the free practice. But somehow there wasn’t grip, or the tyres didn’t have grip. For me, the safest thing to do was take it home, and then it started to rain more and visibility was bad. I tried to stay there and sometimes put a bit of pressure just in case he made any mistake.

Daniel Abt, Audi Sport Abt Schaeffler

I think it was a pretty good race in the dry – I felt super quick, super confident and I had some good battles, especially with Massa… although it was a fun and fair one. I felt really confident and the shower came of course, and it changes the perspective which goes from trying to close the gap and push to win – to trying to survive more or less. All of us were really on a knife-edge. So, bringing third home I think is positive.

8 Daniel Abt Audi Sport ABT Schaeffler 59 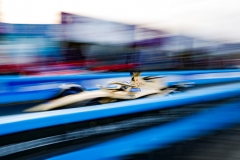 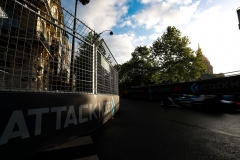 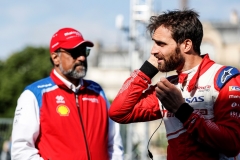 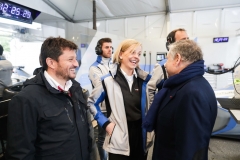 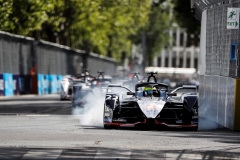 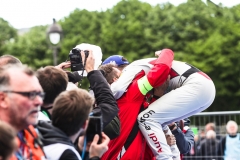 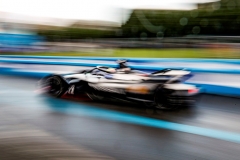 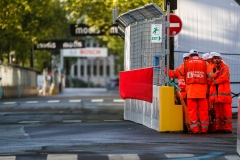 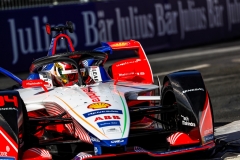 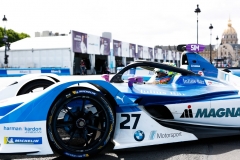 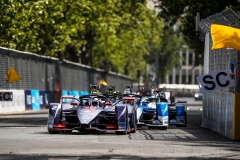 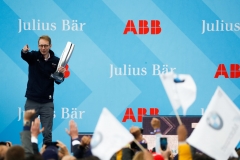 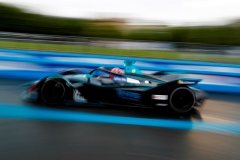 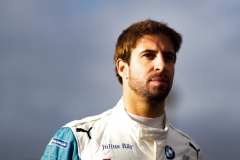 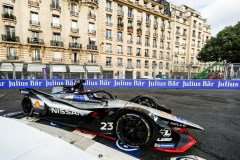 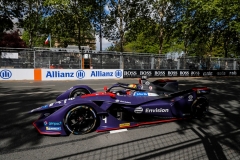 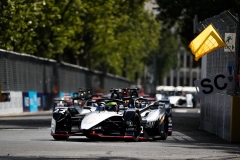 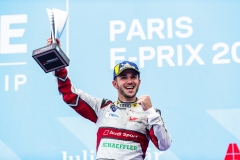 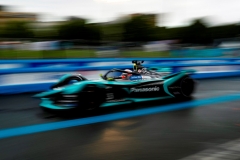 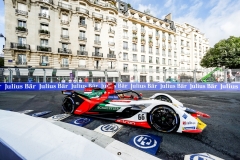 ABT Sportsline correrà in Formula E