Oliver Eriksson has been confirmed last month as official FIA eRX2 Championship ambassador and test driver and he reports the positive progress.

Eriksson – currently setting the pace in the FIA European Rallycross Championship – has been busy in recent weeks getting to grips with the eRX2 car and working closely with QEV Technologies. 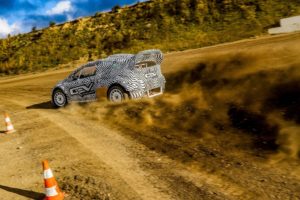 As the countdown continues to next year’s inaugural season of the new FIA eRX2 Championship – the first-ever FIA electric rallycross championship – he is the man better-placed than anybody else to provide an update on development and progress. So we spoke to him.

As a title-winner in RallyX Nordic, the RX2 International Series, RallyX on Ice and GRC Lites, the 21-year-old Swede knows better than most just what it takes to hone and refine a cutting-edge rallycross beast – and he is encouraged by what he has seen of the eRX2 car to-date…

How has testing been going so far?

It’s been going well. It’s been predominantly about gathering data so far – it’s not so much about performance at this stage. That will come later. We’re trying to do our homework and make sure we have all our ducks in a row. I’ve had four days in the car, split between Spain’s Circuit de Calafat and Nysumbanen in Denmark, and although we’re only at the beginning of the eRX2 car’s development, we’re already making good progress.

How different does the eRX2 car feel compared to the existing Supercar Lites car?

It actually feels pretty similar to what I’ve been used to in RX2. Of course the transition to electric power is a big step – that goes without saying – but it’s a step rather than a leap. At the end of the day, it’s still a car, it still has four wheels and a steering wheel. It’s the instant power that’s the main difference. 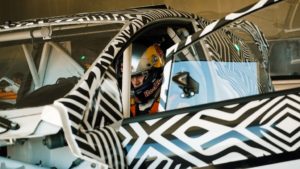 Tell us a bit more about what it’s like to drive – what are the main characteristics?

It’s not as different as you might think. The car handles quite similarly and the driveability is excellent, but like I say, the power is the biggest change. It’s like an electric rollercoaster – you step on the throttle, and it simply takes off and then keeps on accelerating. The Supercar Lites car has a lot of top-end power, but when you put your foot down in the eRX2 car, it just goes. That’s the advantage of electric, and it’s all about learning how to handle and harness that power. As a driver, that’s very exciting.

There are a couple of other features that I really like, too. I’ve been able to play around with calibrations in the ECU quite a bit, which make a big difference to the behaviour of the car, and the regen engine braking is a real step in the right direction. You can choose just how much you want the engine to help you brake and through which axle. This makes stopping super-effective, and will allow the driver to set the braking balance to their personal preference.

It’s also much noisier than people think, both inside and out of the cockpit. There’s a lot of noise from the transmission, and it will be good to witness drivers’ reactions when they try it out for the first time. It still sounds very much like a rallycross car, I promise you that.

How far into the development schedule are you now?

We’re still obviously at an early phase, development-wise. We’re focussing on reliability and the powertrain at the moment, and collecting all the necessary data to make sure the car is performing as it should. The next stage will be to hit the track at Calafat and truly put the chassis and dampers to the test. QEV have constructed a completely new rallycross circuit there, adding a gravel section with big jumps to the existing tight-and-twisty asphalt track. Basically, it now has everything a rallycross circuit needs, so we’ll really be able to put the eRX2 car through its paces. 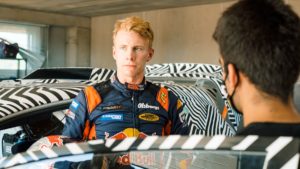 We’ve been teaching each other a lot. It’s been really interesting, because although QEV and Olsbergs MSE are both hugely experienced in motorsport, that experience has been gained in completely different areas of the sport so we’ve each been able to bring a lot to the table. The relationship is working very well.

It’s been invaluable for the QEV guys to learn more about rallycross, and we’ve had a few discussions about left-foot braking and overlapping between the gas and brake pedals, which is something you need to do in rallycross to settle the car and keep it pointing in the right direction all the time with the constant twists and turns. I think that’s been a bit of an eye-opener, but they’re certainly learning fast!

How important is it from your perspective that rallycross goes electric?

For me, as a driver, it’s very important – it’s the only way I’m going to become a truly professional driver in the future, because electric technology is the only thing OEMs are interested in now. It’s the direction in which the whole world is going – we can’t close our eyes to that fact. We need to get on-board and enjoy the ride, and I want to make sure I’m on the train before it leaves the station. Admittedly, I miss the gear changes in-between turns a little bit, but I’m sure that will soon get forgotten – it’s a small price to pay for the extra power and sensation of speed.

What can drivers and fans look forward to in eRX2 in 2021?

Very close, competitive, exciting racing. The great thing about eRX2 is that it will be entirely new for everybody – nobody will go into it with a prior advantage. It will be a level playing field, and money will not be a factor. That means that ultimately, it will be the driver that makes the difference, not the size of somebody’s wallet. It will be interesting to see who adapts the quickest, and that will come down to talent and hard work. I genuinely think it will be the hardest-working driver that wins the championship.

You can see the video below 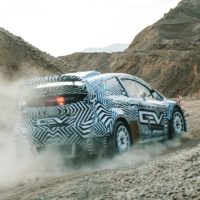 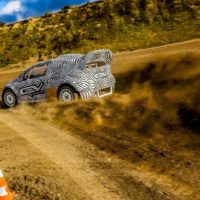 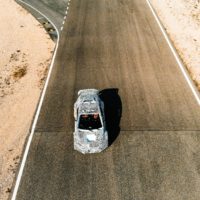 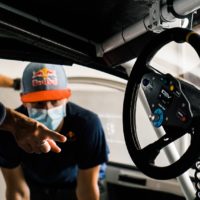 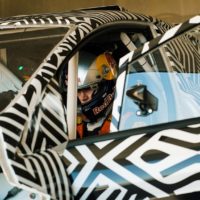 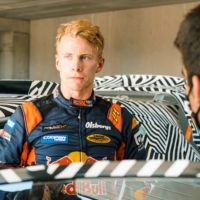 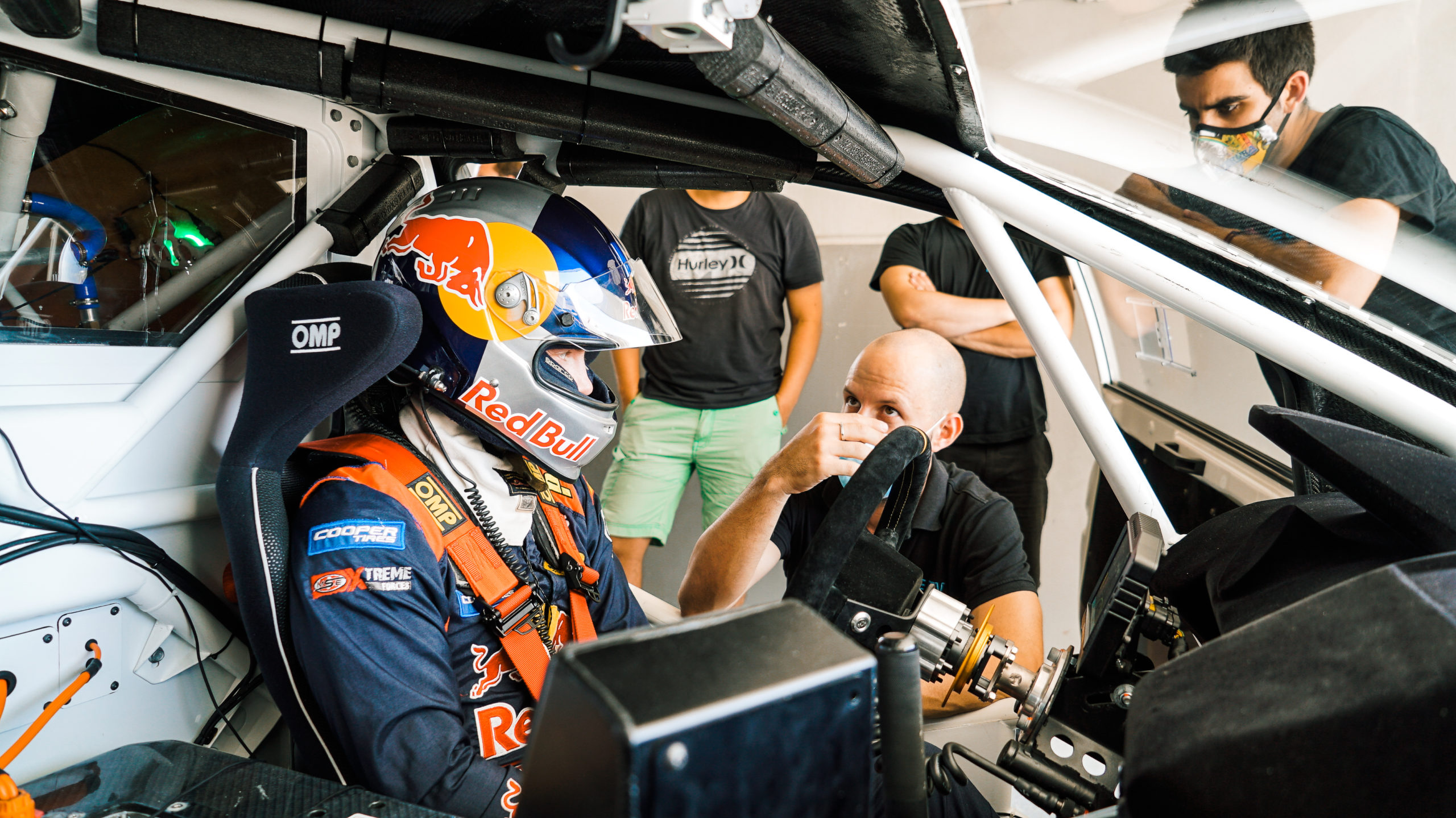 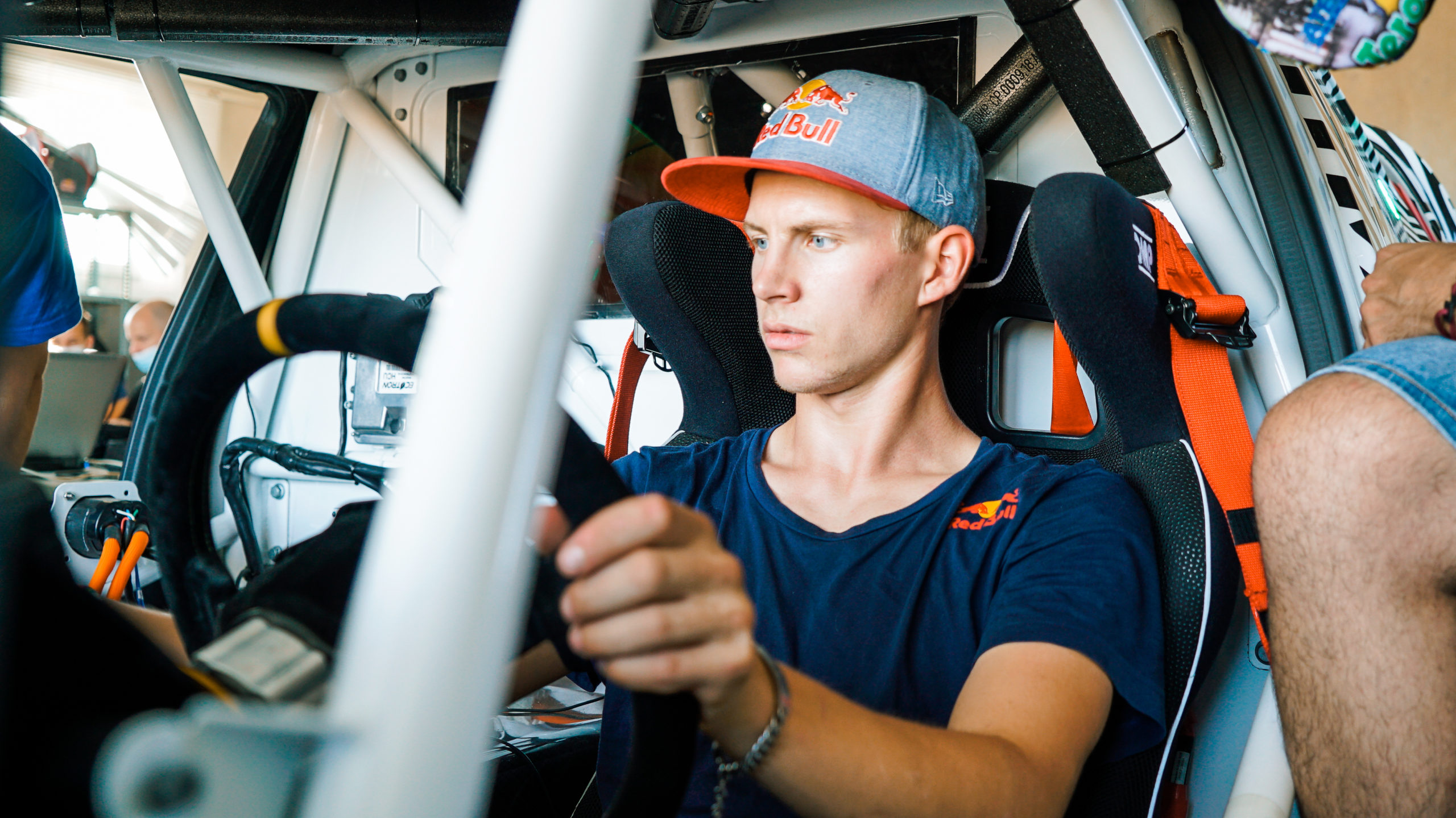 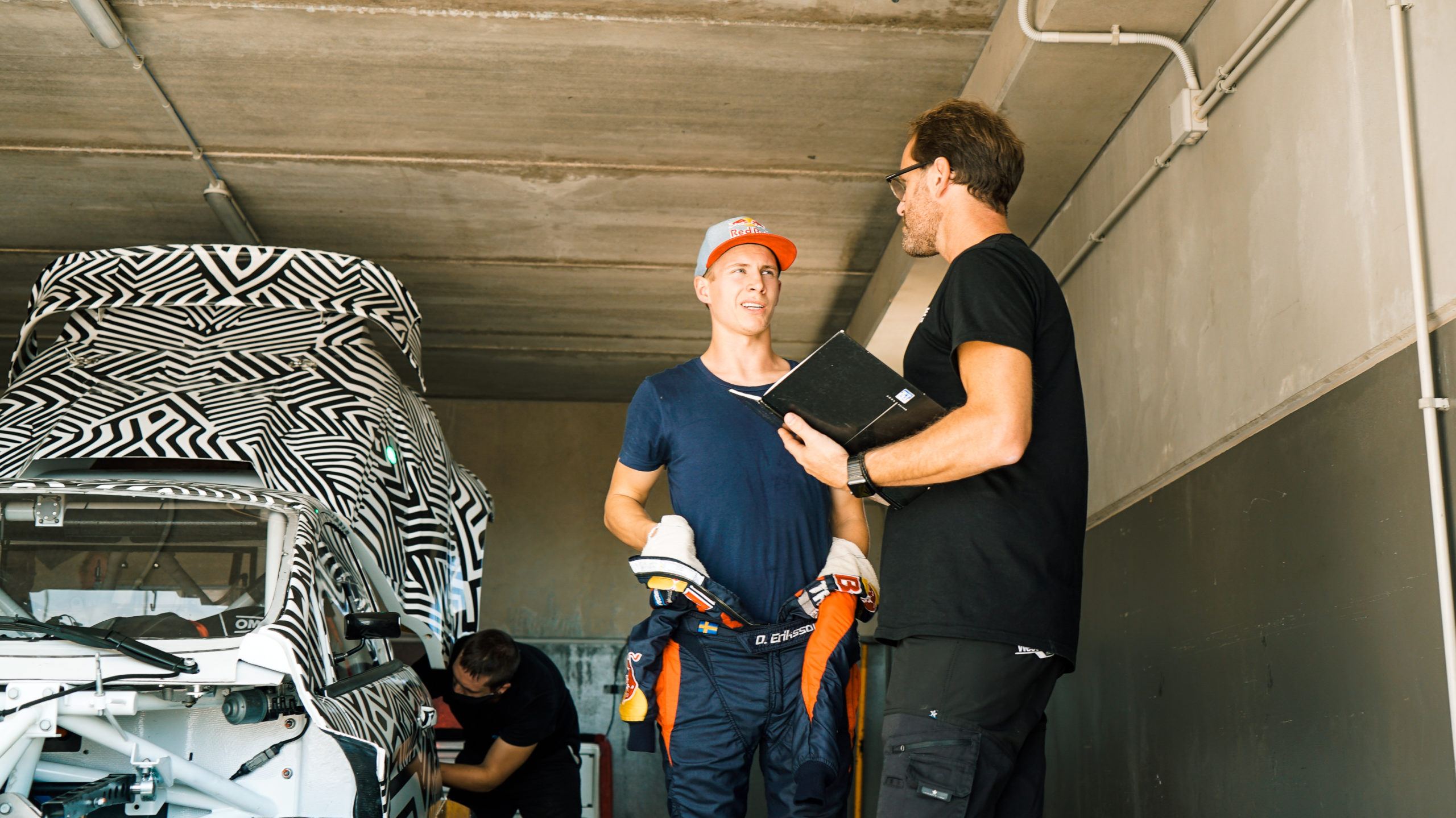 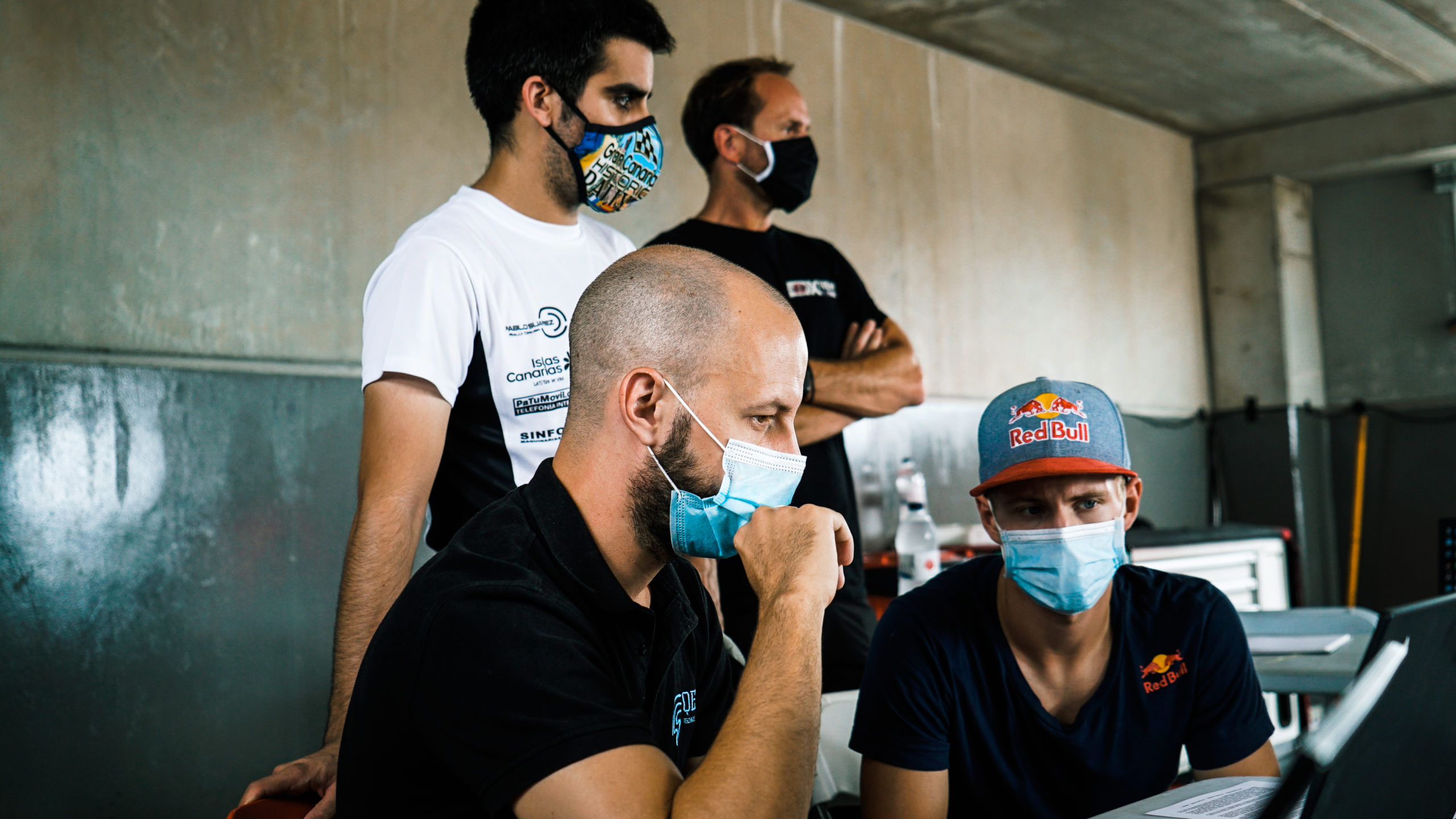 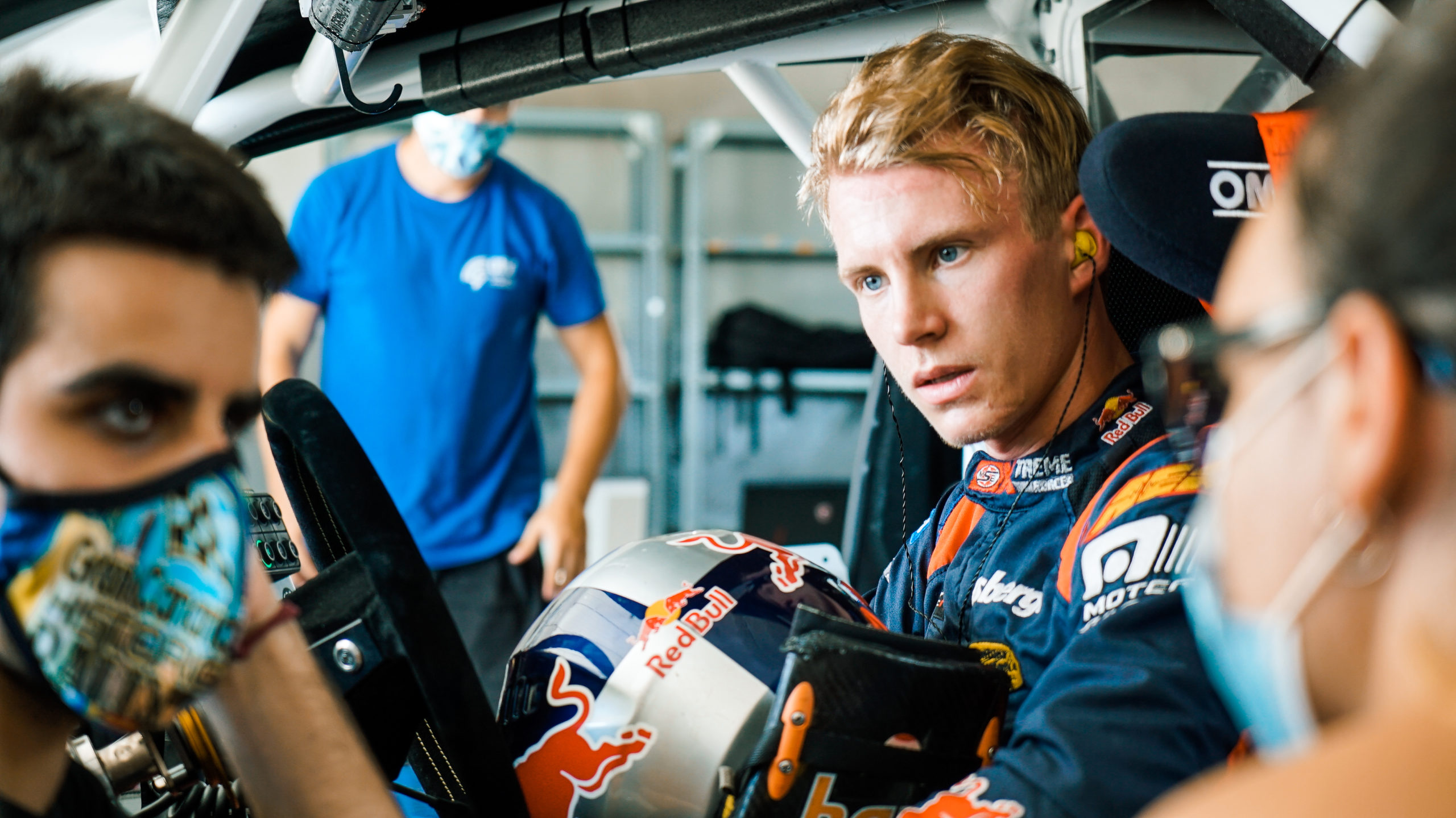 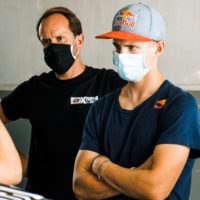 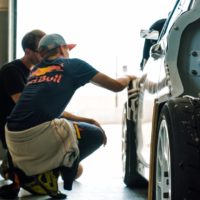 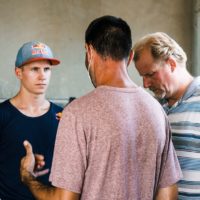