In the second meeting of 2019 of World Motor Sport Council that took place in Paris, has been taken many decisions concerning the electric motorsport.

The most important decisions

Following the decisions in the different series. 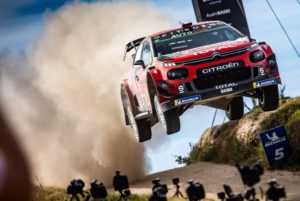 The Council approved the introduction of a new generation of WRC cars in 2022, with a five-year homologation cycle. Manufacturers will be allowed to use a production bodyshell or a prototype tubular structure to current WRC size guidelines, while the FIA is set to define carry-over elements from production vehicles for key visual elements. There will also be an option for ‘scaling’ of the body within prescribed limits, to allow larger cars to comply with dimension targets.

The cars will feature a supplementary hybrid system, to be comprised of common components and software for the first three years, with the potential for more technical freedom in 2024. The aim is to enable the cars to run on pure electric power in cities and provide an electric power boost on special stages.

A tyre tender covering all championship classes with 4WD cars will be issued for the period 2021-2024, helping to reduce costs by preventing an escalation in tyre development.

The Junior WRC programme will continue in its current format for the next two seasons. In addition to the existing prize structure of a Ford Fiesta R5 plus a support package to compete in WRC2, the 2020 winner would benefit from a potential path to WRC. Contingent upon then winning the WRC 2 Championship, the Junior WRC title-winner would have the opportunity to compete in two WRC outings in an M-Sport run car. To support this programme, M-Sport, in conjunction with Pirelli, has developed a national ‘feeder’ programme across Finland, the United Kingdom, Estonia and Italy that will allow them to step up into the world stage the following season.

The Council approved the long-term extension of the current Promoter, subject to a long-form agreement being signed.

Approval of the 2020 FIA World Rally Championship calendar was deferred to the end of June 2019. In the intervening period it will consider the potential rotation of competitions.

The Council approved the revised roadmap for the Electrification of the FIA World Rallycross Championship in 2021. This will be focused on the current private teams and the use of current Supercars. A gradual introduction will see a mix of EVs and current ICEs for a minimum of one year (2021). An identical specification powertrain and battery kit is to be introduced for a four-year cycle, comprising two motors developing between 400 and 500 kW. 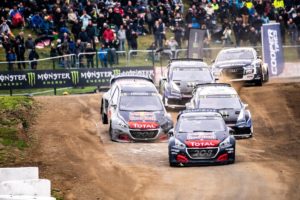 To continue the diversification of the FIA electric portfolio, an FIA Junior eRX Championship will be created for 2021, based on an arrive and drive format, and with 4WD cars developing approximately 250 kW.

The European Championship will continue with the existing Supercar and S1600 categories.

The following changes to the Sporting Regulations were approved: 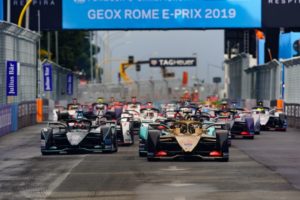 During a race suspension, the timekeeping system will stop, unless otherwise announced by the Race Director, with the aim of completing the full race time.

The fastest driver in each of the four qualifying groups will score one championship point.

Maximum power output of the RESS will increase from 225kW to 235kW in Attack Mode.

Activation of Attack Mode will be forbidden during Full Course Yellow and Safety Car periods.

For each minute spent under Full Course Yellow or Safety Car conditions, 1 kWh will be subtracted from the total available energy measured from the point at which the race was neutralised.

The homologation cycle for the Gen2 car will be extended to include season eight for reasons of cost control and to account for new manufacturers entering in season six. This decision does not exclude the following potential updates:

A modification to the Technical Regulations was also approved, reducing the maximum number of MGUs (rotating electromechanical power converters) from two to one.

The next meeting of the World Motor Sport Council will be held on 4 October 2019 at the Permanent Exhibition of the Michael Schumacher Private Collection, MOTORWORLD, Cologne, Germany.

Audi e-tron Vision Gran Turismo: from the PlayStation 4 to the race track