After leading the way in free practice with his Energica Ego Corsa #77 – which made him the last rider to take to the track for the one-lap pole position attempt – he put together a smooth but extremely effective lap in 1’48.158secs. 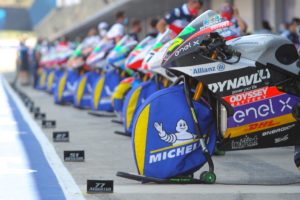 Aegerter will be joined on the front row by the ever-consistent MotoE title holder Matteo Ferrari (Team Trentino Gresini MotoE) and by German rider Lukas Tulovic (Team Tech 3 E-Racing) who just like last week made a huge difference in qualifying after a lacklustre performance in free practice – he was tenth overall after FP3.

Two riders saw their laps cancelled for different reasons: Maria Herrera (OpenBank Aspar Team) exceeded track limits on her flying lap, while Tommaso Marcon (Tech 3 E-Racing) made a rookie mistake as he failed to join the track during the mandatory five-second window – something that happened to Herrera herself a year ago! 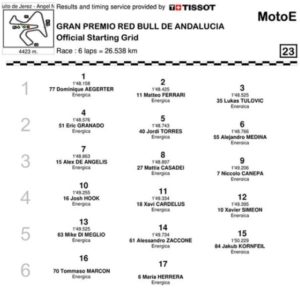 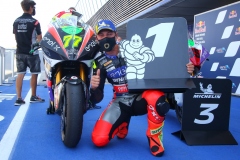 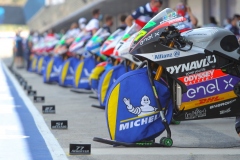 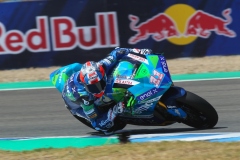 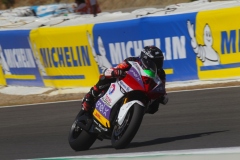 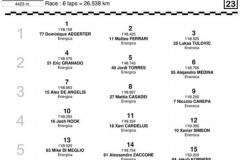