MotoE  confirmed test in Valencia after a fire that destroyed much of the material in a way to be ready for the inaugural MotoE World Cup inaugural season.

MotoE will be back on track as soon as possible and incredibly, with the support of suppliers, Energica are expecting to have built all the machinery for the season in less than three months. Thanks to an incredible push from all those involved, MotoE is ready to race.

Previously, a rescheduled calendar was announced and now the dates and venue for the preseason test can also be confirmed. 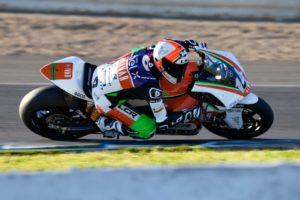 The Circuit Ricardo Tormo is the host for the three-day event, which will take place from the 17th to 19th June. The same track at which MotoE will now celebrate their season finale with a double header alongside MotoGP at Valencia, it’s the perfect place for the grid to continue their preparation for the season ahead.

Primarily, the test will pick up where Jerez left off, with riders and teams focused on gaining experience with the bike and setup. Sessions will start from the grid for everyone to get to grips with race starts and grid procedures.

Subject to weather, the last day – 19th of June – will kick-off with an E-pole simulation as riders test out qualifying with just one single fast lap at a time. The day will finish with a full race simulation, where riders will get a chance to practice overtakes and race strategy, with Energica awarding the winner with their very own motorcycle Energica Eva – the streetfighter model available for sale.

A quick look at Energica EVA

Energica Eva is the first 100% electric streetfighter made in Italy: a perfect combination of agility and aggressive riding. The rebellious spirit and easy handling allow the rider to control the power of the bike, making it the best streetfighter for the urban jungle. Energica Eva has a permanent magnet AC (PMAC) oil cooled motor that produces  107 kW (145 hp/cv) of instantaneous power and a torque of 200 Nm

Simulating qualifying and a full race is useful not only for the riders and teams, but also for the organisation of the Cup in order to fine tune procedures ahead of MotoE’s debut at the Sachsenring in July. For example, there will be a sighting lap ahead of the race but there is no need for a Warm Up lap on this parallel path of electric racing – so the three-day test will ensure everything is ready or lift off in Germany. 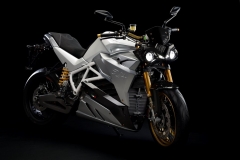 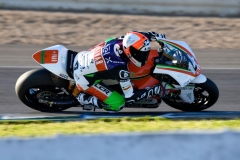 MotoE race 2 at Misano: Ferrari wins the final race of the Energica era

The home hero Matteo Ferrari (FELO Gresini Racing MotoE) won the race 2 of MotoE at Misano, the last race of the Energica era. […]