The penultimate race of the season was another thrilling and has been decided at the finish line with the victory of Eric Granado (Avintia Esponsorama).

The E–pole winner came out on top ahead of Hector Garzo (Tech 3 E-Racing) and Bradley Smith (One Energy Racing), the last two battling up to the very last corner for the runner-up spot. 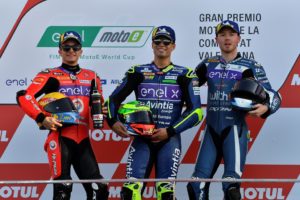 After exchanging positions several times throughout the final lap, Smith made one last attempt at the final turn by diving on the inside of his Spanish rival, but was unable to keep the position as Garzo made the undercut.

Championship leader Matteo Ferrari (Team Trentino Gresini MotoE) crossed the line a lonely fourth after a slow start to his race, but he did well in keeping composure and maintaining a still-solid 12-point margin over Garzo, while Smith now trails him by 21 points. These riders are the only ones left in contention for the ultimate prize. 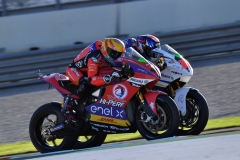 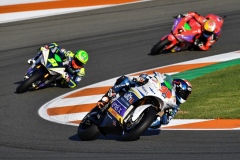 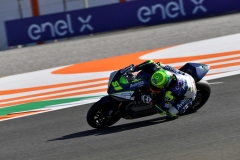 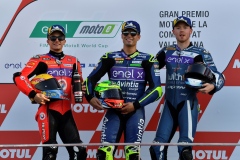 MotoE. Granado in E-Pole at the ‘Bugatti Circuit’ of Le Mans

The FIM Enel MotoE World Cup riders had to face a last-minute downpour and tackle a whole different session aboard their Energica Ego Corsa. […]