The President of Venturi Automobiles, Gildo Pastor, is looking with the brand Voxan and Max Biaggi as a driver to set a new world record for an electric vehicle.

The new challenge is aiming to break the current speed record in the “electric motorcycles propelled by the action of one wheel in contact with the ground, partially streamlined, under 300 kg” category. 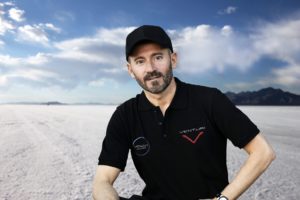 Designed and built in Monaco, the Voxan Wattman will attempt to revolutionise the world of electric motorcycles by breaking through the 330 km/h mark, in Bolivia in the summer of 2020.

When he bought Voxan in 2010, Gildo Pastor moved the brand into the electric mobility segment, just as he had done with Venturi in 2000. Following development of the on-road version, the Voxan Wattman – the first ever electric motorcycle “Made in Monaco” – was redesigned to create a high-performance version.

Designed by Sacha Lakic, the machine will now attempt to set a new world land speed record in the category “electric motorcycles propelled by the action of one wheel in contact with the ground, partially streamlined, under 300 kg”, beating the 327.608 km/h achieved in 2013 by Jim Hoogerhyde riding a Lightning SB220. Created in Monaco by the team behind the Venturi VFE-05 (the car currently competing in the 2018-2019 Formula E Championship), the Voxan Wattman combines the automaker’s expertise with that of Ohio State University (OSU), which was previously involved in the successful VBB-3 world record attempt. 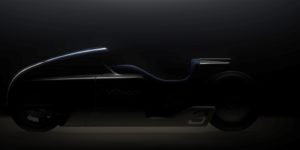 In the summer of 2020, the Venturi/Voxan team will head to the famous Uyuni salt flat in Bolivia, bidding to top the 330 km/h mark. The attempt will provide a fitting celebration for Venturi Automobiles’ 20th anniversary as a constructor of electric vehicles.

Italian world motorcycle champion Max Biaggi has been chosen to spearhead the challenge, riding the Voxan Wattman. In 1994, he set a world land speed record of 164.198 km/h with a Fazi Egraf, in the same category.

In his career, Max Biaggi was four times World Champion in the 250 cc class consecutively between 1994 and 1997. In 1994, he was the first Italian to win a world championship in the 250 cc category on the Italian Aprilia motorcycle. He then debuted brilliantly in the 500 cc class and at the end of the season he finished in second place in the world Championship. In this category, he won the first race to debut in Japan at Suzuka, in which only Jarno Saarinen had succeeded in 1973.

Max was twice World Superbike Champion (2010 and 2012) and also the only Italian to achieve this goal in the history of motorcycling. He also holds the absolute record for winning the last podium of his career at the age of 44.

Max Biaggi has been an official ambassador for Venturi Automobiles since April 2018, and contributes to the group’s expansion by ensuring its representation at major events. Now, the group’s President Gildo Pastor is renewing his faith in Max Biaggi by placing the Voxan Wattman in his capable hands.

Venturi, a name synonymous with breakthrough achievements and records

If the bid is successful, this electric motorcycle speed record will be added to an impressive list of achievements stretching back to 2009, as part of the Venturi Global Challenges*:

* The Venturi Global Challenges are a series of technological challenges aimed at demonstrating the reliability and efficiency of electric vehicles in extreme conditions.

I’ve known Max for 15 years, and we share the same values and passions. Today sees us reunited on a project close to both our hearts, and one which brings us a little closer together. It’s an honour to entrust the Voxan Wattman to a rider who has made his mark on the history of motorcycle racing. To take part in this ambitious adventure and, perhaps, write the names of Venturi and Voxan in the annals of history, it just had to be Max! Reaching 330 km/h represents a huge challenge for a motorcycle in this category, but I am very confident. My faith in high-performance electromobility has not wavered in 20 years!

I’ve always loved a challenge. When my friend Gildo Pastor came to me with his plan for the world land speed record and the Voxan Wattman, I was obviously going to say yes.  Gildo is both an expert and a pioneer in the field of electric mobility. Under his impetus, Venturi Automobiles has set a number of records and marked a host of world firsts. I’m proud that I will be taking this new step in my career under the colours of Voxan and Venturi, with whom I’ve already started work. The engineers and designers from the R&D department are driven by an extremely motivating sense of determination. Breaking through the 330 km/h mark together with this machine “Made in Monaco” will provide even more evidence of the group’s expertise in this field.

Exceed 330km/h. In terms of design, my mission is to serve this purpose. On a motorbike, much more than on any other machine, the driver and the bike are one. The sketch of Wattman is racy, fluid and minimalist, as if each element of its bodywork were carved by the wind. To go beyond established records, to look for one’s own limits and those of a machines’ are dreams that humans have pursued since the very first rolling or flying machines came to be. This is a modern technological adventure and a unique experience that many people dream of. But to test the limits, is also a great human and spiritual adventure. Since 2001, with Venturi Automobiles, Gildo has paved the way for modern electric mobility with many avant-garde projects of which I have had the pleasure to be a part of. We will meet this new challenge, the Watman, with the same passion and the same visionary desire. With Gildo at the helm of the technical team and Max at the handlebars, I don’t have any doubts about the positive outcome of this great adventure that is about to start. 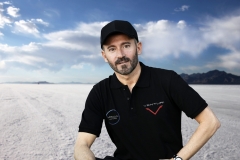 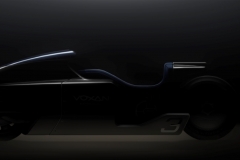 Voxan unveiled the new Wattman, with which world champion Max Biaggi at the controls will attemp to set a new motorcycles world speed records. […]