Mahindra Racing, one of the 10 founding teams of the ABB FIA Formula E Championship, will be the first team to be felicitated at the Lorenzo Bandini Trophy event, on the 5th of May in Brisighella, Italy. 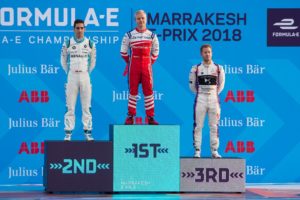 This is the first time that a Formula E team is being recognised as a part of the award ceremony which demonstrates the success of the championship through its four seasons since 2014.

Now in its 26th year, the Lorenzo Bandini Trophy is awarded to an outstanding current Formula 1 driver who displays commendable skill, passion and performance in motorsport. Mahindra Racing will be recognised for their achievements in the ABB FIA Formula E Championship.

Team Principal & CEO Dilbagh Gill will collect the award on behalf of the entire team and Nick Heidfeld will be present to collect his own award from the Italian Senate. Nick will also drive the team’s season four challenger, the M4Electro, for two laps of the town’s ‘figure-of-eight’ circuit. 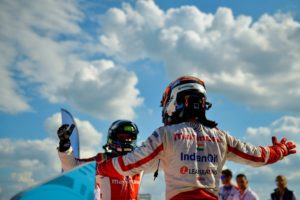 Hailed as the surprise of season three, Mahindra Racing’s race to the front in 2017, has earned them a place as an equal amongst some of the biggest automotive names. The team started out as a back-marker team in the first season though still finished eighth; they then moved up to fifth in season two. Season three saw them take their first win, and a haul of 10 podiums, the highest for any team in that season! Relentless in their pursuit of the prize, the team have challenged from the very first race in season four, and they have already taken pole positions, fastest laps, podiums, race wins and have even led the championship standings. The team currently sit fourth in the championship.

Italian racing driver Lorenzo Bandini worked his way up through the racing classes to drive for the Scuderia Centro Sud and Ferrari Formula 1 teams from 1961 to 1967 and achieved one pole position, two fastest laps, eight podiums and a race win in his F1 career. He was also a decorated endurance driver and won Le Mans and the Targo Florio. Since his tragic accident in 1970 at the Monaco Grand Prix, the Bandini 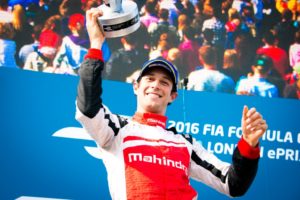 Trophy has been awarded to young people who have displayed commendable character, maturity and performance in Formula 1.

In Brisighella, Mahindra racing is representing the future of car racing both for their results and approach, and for representing the new electric racing car challenge. Mahindra will be honoured for being this new force at the 2018 Trofeo Bandini in its 25th year in the presence of authorities such FIA F1 Head of Communications Matteo Bonciani and F1 Sr. Comms Officer Luca Colajanni.

It is an honour to be recognised by one of the most prestigious awards in motorsport history. Being the first Formula E team to be felicitated is definitely the cherry on top. While the driver is on the race track, there is a passionate team working on-site and behind the scenes to make every race happen, and being lauded at the Bandini Trophy event strengthens the success of our Passioneering philosophy.”