Electroheads Motorsport is part of the new Electroheads group – the world’s first integrated media, motorsport and talent brand which exists to enable the global electric revolution.

At the Autosport International Show, in Birmingham, UK. Electroheads Motorsport display the new e-kart, developed by the racing and technology division of Electroheads, the world’s first integrated media, motorsport and talent group which exists to enable the electric revolution. Its aim is to be an evangelical force for the adoption and celebration of electric-powered motorsport and consumer e-mobility by a global audience of digital natives. 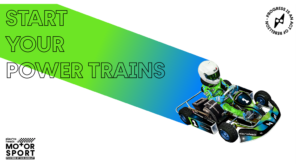 The electric-powered kart is the first in a range of cutting-edge products from Electroheads Motorsport.

Smedley, who heads up Electroheads Motorsport, announced that the e-karts will be introduced through a 2020 race series that will take place in both the Bambino and Cadet karting categories across the UK.

Having spent his career working up through the engineering ranks in world motorsport, Smedley explained the rationale behind Electroheads:

For the next generation of racers, the era of the petrolhead is coming to a close. The whole philosophy of the Electroheads group is to get digital natives to experience the unique awe of the electric revolution. ElectroheadsMotorsport is a critical part of that ambition.

As Lewis Hamilton himself said recently: racing has become too expensive and is not diverse enough. I totally agree. Through electrification we can change that. We will be the driving force to inspire, energise and thrill racers as they climb the ladder. It is cleaner, cheaper, faster and importantly, fairer.

At Electroheads we know that electrification can be the vehicle for democratising motorsport and it starts at the grassroots and it starts today.

By simplifying and reducing the cost of entry-level racing, Electroheads Motorsport will make it easier for more new drivers and their families to get involved. Entrants will be able to compete in equal karts that have been prepared by Smedley and his team of F1 performance engineers.

The e-karts’ F1-inspired technology will ensure that every racer on the grid has precisely the same power available and the team will be transparent about sharing that data, so all competitors can see that absolute drivetrain performance parity exists.

As part of the same ethos, Smedley will be working with all drivers to use objective data to help their performance development: 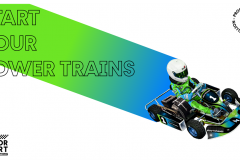 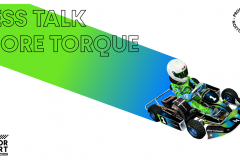 Electric kart built by students of the Seat Apprentice School

The Seat Apprentice School participated in the Kart Accademy at Barcelona-Catalunya circuit in Montmelò, finishing the race in the second place. The project won an FP Emprèn ‘Industry’ prize and into the context the students […]