Super GT and Super Formula driver James Rossiter has been announced as a new Techeetah Formula E team development driver in the ABB FIA Formula E Championship and he join the team immediatly.

Rossiter has extensive experience having come through the ranks of Formula 3, Formula Renault and graduating into development roles for various Formula One teams such as Force India, Super Aguri and Honda. 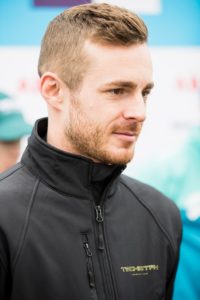 At Honda, Rossiter played a key part in the development of the Honda RA109, which Jenson Button drove to the 2009 Formula One World Drivers’ Championship title. Rossiter has also made six appearances in the WEC, in the highly contested LMP1 category and has had a successful career in Super GT and Super Formula in Japan.

We’re extremely happy to welcome James to Techeetah. He has a wealth of experience from Formula One, Super Formula and really impressed us at the rookie test in Marrakesh earlier this year. Having someone with James’ experience to help us with our development is invaluable for us. The stakes are getting higher each season and as we grow as a team, we will be adding talent to our roster, and James is the first of these announcements – said Mark Preston, Team Principal.

I’m very excited to join Techeetah as their Development Driver. Formula E is a really exciting space right now and it’s no secret that I want to be in the championship. I’m still racing in Super Formula in Japan and so when role surfaced to become the championship leader’s Development Driver, it was the perfect solution. I will help with the development work and I’ll be working closely with the engineering team and the drivers, all whom are close friends, so it will be a great season together – added James Rossiter.

Antonio Giovinazzi begun last weekend being a Formula 1 driver and finished being Formula E driver, after to sign with Dragon Penske Autosport. […]