After the Santiago E-Prix, Maximilian Günther became the youngest winner in Formula E history and switched to BMW i Andretti Motorsport ahead of Season 6.

In an interview, the youngest Formula E winner ever discusses the eventful race, his mental strength, the reasons behind the strong start to the season for the BMW i Andretti Motorsport Team, and his goals for the season and the coming years.

Maximilian, how many messages did you receive in the first few days after your win in Santiago?

Maximilian Günther: A heck of a lot. It took a few days to get around to answering them all.

Now you’ve had time to reflect, how do you rate your success?

Günther: I am still absolutely delighted, particularly as I enjoy watching the footage of the race and reliving the emotions time and again. As I said straight after the race, the victory was a dream come true for me. What we achieved as a team in Santiago means an awful lot to me. One year ago, I had to take a break from my Formula E career after the race in Santiago. To now win, twelve months later, at the same venue, shows that I was right to keep believing in myself, working hard, and sticking to my guns.

What does it mean to you to be the youngest winner in the history of Formula E?

Günther: It is definitely cool to see my name on the top of this record list, although it goes without saying that the win, the 25 points and the trophy, with which I associate all those fantastic emotions, are more important to me. Let’s see how long I hold that record for.

After the extremely exciting closing stages of the race, BMW Group Motorsport Director Jens Marquardt praised the way you drove so “maturely and calmly”. How were the final laps in the cockpit for you?

Günther: The last ten laps were very intense, for several reasons. You had the heat, which meant we had to be very careful about energy management and the temperature of the batteries. The amount of race time remaining meant that, for a long time, it was uncertain whether or not we would have to drive another lap. As such, we were on the radio a lot discussing the strategy. Then António Félix da Costa came storming up behind me, because he and his team had apparently banked on not having to do an extra lap. When he passed me with an aggressive manoeuvre, I stayed calm and concentrated on how I could still win the race, as it was clear to me that the issue of temperature was more critical for António than it was for me. I did not give up, stayed with him and, fortunately, was able to counter decisively on the final lap.

Is the ability to stay calm one of your biggest strengths?

Günther: I believe I am very good at doing my own thing and focussing on myself. That certainly helped me in such a complicated and hectic race. However, that does not only go for me personally. As an entire team, we focussed solely on getting the best out of the race situation for us. That worked out superbly.

In your opinion, what was the key to your win?

Günther: There were several factors. Firstly, the timing of our second ATTACK MODE was perfect. I was able to overtake both Pascal Wehrlein and Mitch Evans and take the lead. That gave me two crucial advantages. I had a clear track ahead of me, which meant the batteries were cooled better, and I was able to drive a little more economically and thus go easy on the battery for a few laps. That paid dividends in the closing stages. Then there was the outstanding communication with my race engineer. I am very happy that we understand each other so well, even after the short time I have been in the team. We have both worked very hard on that in recent months. We trust each other implicitly.

Generally speaking, how happy do you feel in the BMW i Andretti Motorsport Team?

Günther: Right from the first test, I have felt extremely happy in the team and have settled in very quickly. From the word go, I felt my biggest task was, as quickly as possible, to get on so well with every member of the team that we are able to work together at the highest possible level. We are making good progress in that regard, but there is definitely still room for improvement. After all, that was only my third race for the team. It is obviously great to be rewarded so early for the hard work with a win.

How would you explain the impressive start to the season for BMW i Andretti Motorsport?

Günther: Several factors play a part. For one thing, BMW i Motorsport and the Andretti team complement each other very well. Everyone contributes as well as possible with their own particular strengths. Then, the experience that the team gained as a works outfit in Season 5 certainly also plays a role. Furthermore, the guys in Munich are doing a mega job developing the drivetrain. Alexander Sims and I also have a great relationship and are very open with each other when it comes to sharing our experiences. All the jigsaw pieces are coming together very nicely at the moment.

What are your goals for the rest of the season?

Günther: My goal for this season is to continue on the path we have embarked on. We must focus on ourselves, do our homework, and thus improve continuously over the course of the season. We must wait and see what that brings us come the end of the season. In the medium and long term, my goal is to win the title in Formula E. That does not have to be this season but, generally speaking, that is what I aspire to. 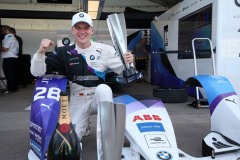 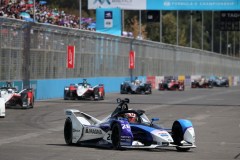 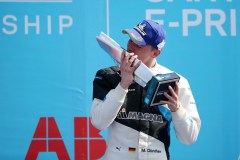 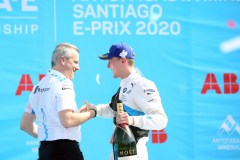 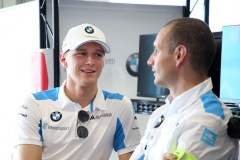