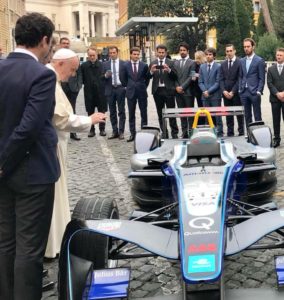 Championship to his residence in Santa Marta ahead of the first-ever E-Prix on the streets of Rome on April 14.

Alongside Founder & CEO of Formula E Alejandro Agag – as well as ACI President Angelo Sticchi Damiani – the drivers, team representatives and the official championship car were given a private Apostolic Blessing before attending the papal audience.

Over half the grid and the fully-electric Formula E car made the short trip to Vatican City, prior to the inaugural race in the Italian capital on Saturday for the CBMM Niobium Rome ePrix presented by Mercedes EQ – round seven of the 2017/18 ABB FIA Formula E Championship. 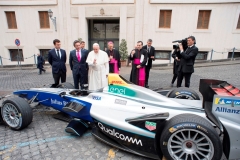 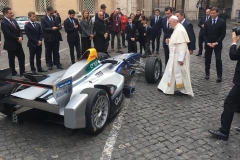 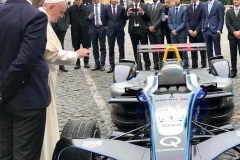 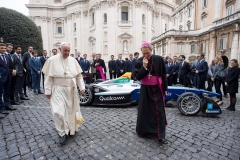