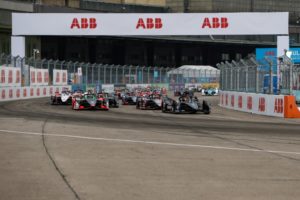 Nyck de Vries (NLD) achieves his first Formula E podium and with the one-two finish lifts Mercedes-Benz EQ into third place overall in the teams’ standings in their debut season behind DS Techeetah and Nissan e.dams.

Quotes of the first three 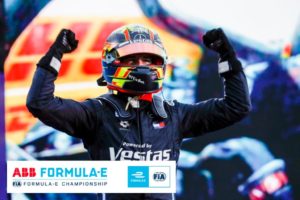 That was pretty much the perfect race. To finish the season with a one-two for Mercedes, I don’t think we could have hoped for any better and to finish second in the championship is a bonus. We knew we had good race pace, we have been able to show that the last couple of races but to execute that from the front and to do that from the lead is still quite different and I’m super happy we pulled that off. It was down to the hard work of the team, everyone has done a fantastic job.

That felt like getting a monkey off my back. To do it on the last day here after a very long marathon, a very exhausting and mentally tough week where we’ve made mistakes as a team, I’ve made mistakes and to recover and to drive a race like this is very satisfying. At the end I was even closing the gap on Stoffel and it was clear that we had energy towards the end.

We weren’t quick enough today. I didn’t have the pace, we tried something new on the set-up and maybe it wasn’t the right way to go but at the end we still managed to have a podium finish and a clean race. I think I took ATTACK MODE at the wrong time, maybe if I had waited longer it would’ve been better. I’m happy for the team as we’re second in the team standings and that’s definitely a great achievement.