The last lap has been dramatic after a late safety car bunched-up the pack following a collision between BMW i Andretti Motorsport pairing Antonio Felix da Costa and Alexander Sims. 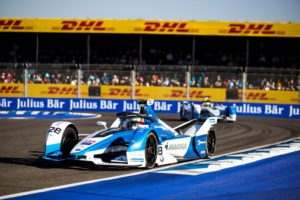 Despite picking-up his third victory in Formula E, it’s the first time D’Ambrosio has actually stood on the top step of the podium – having benefitted from a post-race disqualification on both previous occasions.

The win marks his first win since the Mexico City E-Prix in 2016 – and his first in Mahindra Racing colours. D’Ambrosio started down the field in 10th, but steadily progressed up the ranks to find himself sat behind the leading BMW duo.

With less than 10-minutes left on the countdown clock, Da Costa and Sims looked set to bring home a one-two for the team – topping off a perfect start to the season after a win last time out in Ad Diriyah.

However, it wasn’t to be – as a moment of madness cost the team a large points haul. Sims – who was on the tail of his team-mate for the duration of the race – pulled alongside Da Costa into the braking zone of Turn 7 in an attempt to snatch the lead. 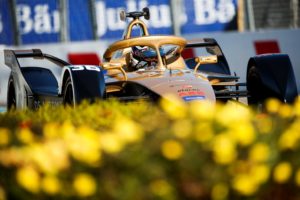 Both drivers locked-up and touched with neither making the corner. The coming together and slow recovery back to the racing line dropped Sims to fourth. But Da Costa came off worse with his race ending parked-up in the run-off area after contact with the barrier.

With the cars lined-up in close formation, the safety car pulled in as the clock hit zero – leaving one lap to the chequered flag. Running wide over the kerb in the final corner – D’Ambrosio gave the fans a grandstand finish with Robin Frijns chasing him to the line.

Frijns was joined on the podium by Envision Virgin Racing team-mate Sam Bird, who started on Julius Baer pole position and tangled with reigning champion Jean-Eric Vergne on the run down to Turn 1.

Vergne lined-up on the front row alongside Bird and made an ambitious dive up the inside through the long left-hander. The pair made contact and Vergne was sent spinning ahead of a flurry of oncoming traffic. From last, Vergne valiantly fought back to fifth.

Adrenaline still flowing after an exhilarating race, there’s not long to wait for another episode of electric street racing with the Antofagasta Minerals Santiago E-Prix on January 26 – round three of the 2018/19 ABB FIA Formula E Championship. 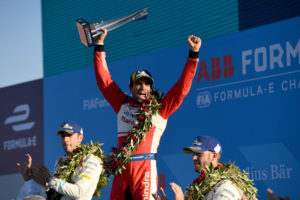 The race was really hard-fought and incredibly intense. At least that’s what it felt like from inside the cockpit. I knew I could achieve a top-five result as the race pace was amazing in Ad Diriyah and here also. A couple of things played-out to our advantage and winning this race means a lot for the team and the hard work over the past few weeks. We’ll enjoy tonight, but tomorrow we get back to work.

It was an exciting race, but the start was a bit of a mess. The only thing I saw was smoke and I didn’t see any cars. It was really a great day for the team – ending-up in second and getting two cars on the podium. Being in this position for the first time with the team, I thought the points were more valuable than risking everything with Jerome.

After getting hit from behind, I felt like I was nursing the car and had a bit of an issue. I didn’t feel very competitive in a straight line today, but that’s how it goes. We collectively got an amazing result for the team and we show paced in qualifying, which is promising. As one of the only customer teams, what we’re doing is really impressive. Without any testing, I wonder how competitive we’ll be in a few races time.

Here you can see the Marrakesh E-Prix final classification (PDF)

Here you can see the Drivers Championship after two races (PDF)

Here you can see the Teams Championship after two races (PDF) 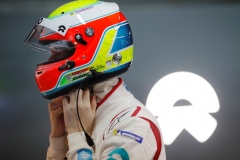 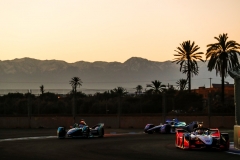 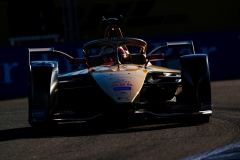 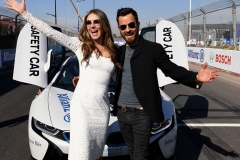 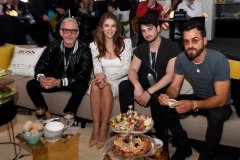 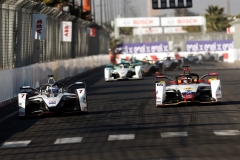 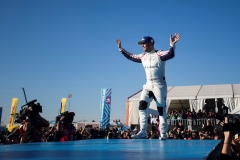 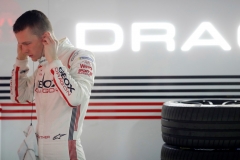 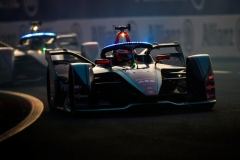 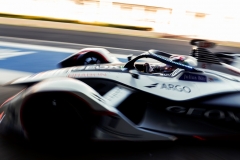 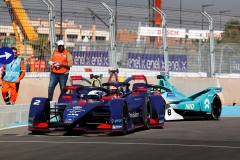 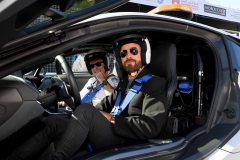 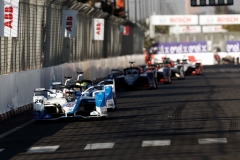 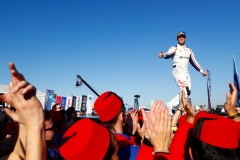 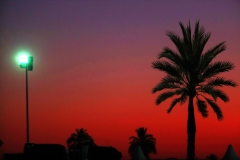 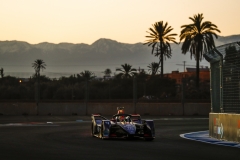 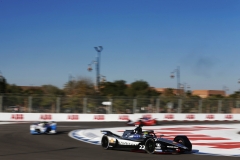 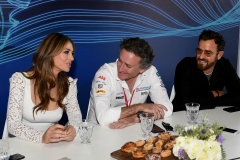 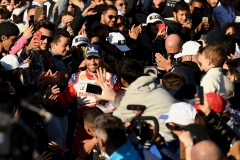 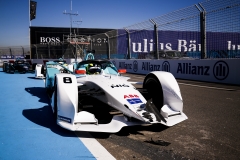