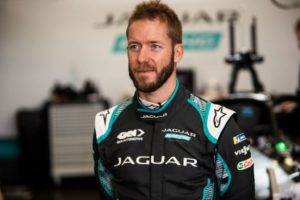 I’ve just completed my first day behind the wheel with Jaguar Racing in our development Jaguar I-TYPE 5. After some time in the simulator it was great to get back in a Formula E car. I felt very proud to put on the Jaguar overalls this morning for the first time and follow in the footsteps of the great drivers that have competed for Jaguar. I’ve been getting up to speed with my engineers and there is already a great relationship to build on. There are lots of new names and faces and I am enjoying meeting and getting to know all the team. Mitch and I have also spent some time together and we are both hungry to bring more success to the team. We have a long season ahead but we’ve made a good start and are looking forward to the season seven car launch next month and the official pre-season test in Valencia.